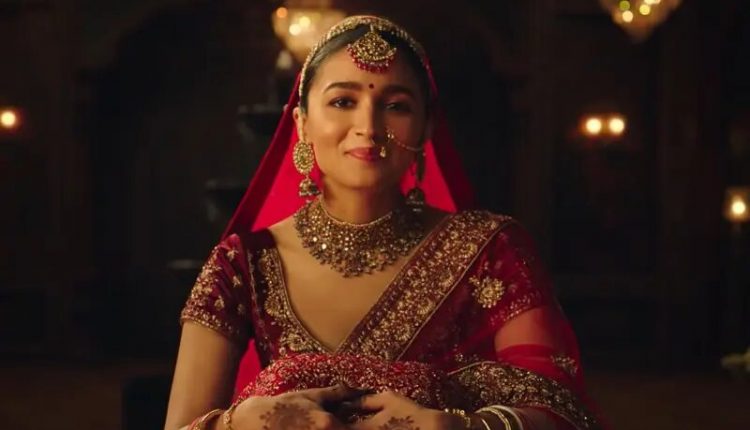 New Delhi: An ad for bridal wear by Mohey, featuring actor Alia Bhatt has sparked controversy with the Bollywood star being trolled on social media. In this bridal wear advert, Alia questions the tradition of ‘Kanyadaan’ (where the father gives away his daughter at the wedding), asking if she is something to ‘be given away’ and says it should be ‘Kanyamaann’ (respect for the daughter)  instead. The ad goes on to show both sets of parents giving their respective children away i.e. ‘daan’ of the groom too.

There has been a polarised response to the ad. While some see it as pathbreaking, others argue it questions tradition. Some have accused it of singling out the Hindu religion.

Actor Kangana Ranaut wrote a lengthy post saying that women are worshipped in the scriptures and there’s no harm in seeing them as a ‘precious source of existence’.

In the caption of her post, Kangana wrote, “Humble request to all brands ….. don’t use religion, minority, majority politics to sell things …. Stop manipulating naive consumer with shrewd divisive concepts and advertising…”

Bijay Anand, who plays the role of Alia Bhatt’s father in the ad, has supported the actor.

“As actors, we trust the direction, writing, and production departments to do the right thing and not get us into controversy. I am not an expert on the subject, so, they have to keep in mind the appropriateness and correctness of the subject. Also, everyone has their own interpretation of things. There are hundreds of scholars who have their own take on every topic. If we are so smart, then we should have been scientists,” he told Bombay Times.

He also spoke about looking at the ad in the right perspective. “Why don’t you look at the fact that she is saying ‘kanya ka maan karo (respect women)’. Again, it is your choice; I’m not blaming anyone for it, but we need to remember that hatred will only give rise to more hatred. In the larger picture, when you make a big deal about small things, it just escalates into something else. She is a young girl and is saying something that the director has told her to, but you are just going to go ahead and troll her. I feel that we actors are the softest targets, especially girls. At the end of the day, hatred spreads hatred, and love spreads love”.

Here’s what is being said:

Unless we speak about regressive rituals, we cannot start conversations about change …https://t.co/pvZLUyLlfe#KanyaDaan #Kanyamaan #Patriarchy #mohey

Woke feminism by drugwood to reform Hinduism. But total silence on cult of Halala, TTT, Polygamy, Iddat, Child marriage that views women as property@aliaa08 is probably inspired by her women-empowerment champ daddy to give gyan on Kanya ka Maanpic.twitter.com/HwDUuvHlmN