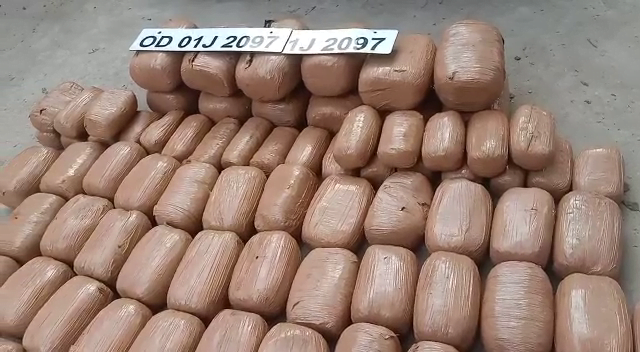 Bhubaneswar: The Excise sleuths seized a vehicle, carrying 93 kg ganj, near Bharatpur in the Odisha capital on Friday morning.

To hoodwink police, the smugglers had stashed 92 packets of ganja in a specially-made cabin beneath the seats of the SUV.

According to sources, the vehicle with ganja had reportedly arrived in Bhubaneswar from Kandhamal. Multiple registration number plates have also been seized from the vehicle.

The driver, identified as Debendra Rout of Jajpur, has been arrested and sent for medical examination. He will be taken on remand for further interrogation to extract information regarding the racket, an official said.