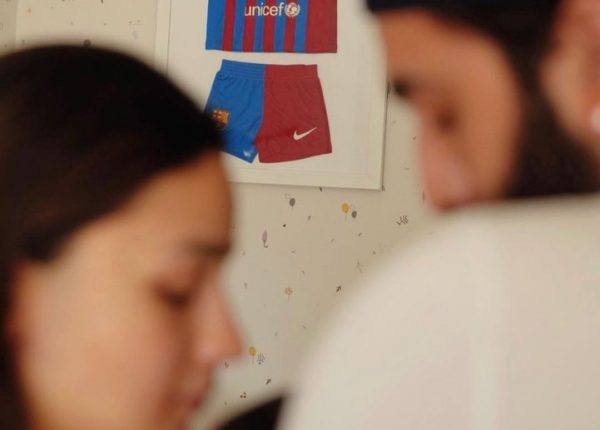 New Delhi: Alia Bhatt and Ranbir Kapoor recently announced the name of their newborn daughter with a Barcelona jersey with her name Raha on the back. Now, the Barcelona football club has also shared their best wishes for baby Raha by reposting the same photo.

A tweet shared by FC Barcelona read, “Congratulations, @aliaa08 & Ranbir Kapoor!! A new Barça fan is born 👶. We can’t wait to meet you all in Barcelona.”

Ranbir Kapoor is an ardent supporter of the club and has spoken about his love for them on many occasions. In an earlier interview with Mashable India, which was released soon after Alia Bhatt announced her pregnancy, Ranbir had said that he wants his child to be interested in soccer. “I always like when young children, boy or girl, are into sports. It is something that I would like to definitely encourage in my children, when I have children. Especially soccer, I’m very attached to it,” he said.

The Brahmastra stars welcomed their daughter Raha on November 6 at HN Reliance Hospital in Mumbai.

Congratulations, @aliaa08 & Ranbir Kapoor!! A new Barça fan is born 👶. We can’t wait to meet you all in Barcelona. pic.twitter.com/Lef3P4DPe2