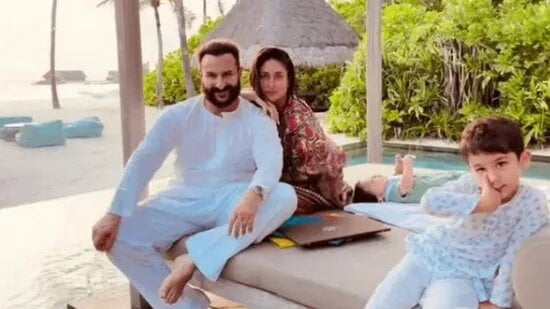 New Delhi: Cricketer Mansoor Ali Khan and legendary actress Sharmila Tagore’s only son Saif Ali Khan turned 51 today. Saifu, as he is fondly called has surely come a long way both in his career and his personal life.

His sister, Saba Ali Khan fondly gave him the title of ‘Quadfather’ when he Kareena announced their second child. Soha made a meme of her brother and shared it on Instagram.

In her post, Saif is seen sitting on a chair with a serious expression on his face. The words ‘The Quadfather’, a play on classic Hollywood film The Godfather, hang next to him. “Coming soon!! Couldn’t resist! Congratulations @kareenakapoorkhan be safe and healthy – and radiant as ever,” Soha wrote with the picture.

Saif’s career didn’t really take off with his debut movie ‘Parampara’ in 1992 despite his lineage. And let’s admit it, he didn’t really fall into the conventional Hindi film hero image with his uncanny resemblance to his mother Sharmila (some people even called him ‘he Sharmila). In 1994, two of his films, ‘Main Khiladi Tu Anari’ and ‘Yeh Dillagi’ did well although much of the success was attributed to Akshay Kumar. He later proved his talent in films like ‘Omkara’, ‘Dil Chahta Hai’ and ‘Parineeta.’

On the personal front, he chose to get married to Amrita Singh, 13 years his senior without the consent of his parents. The couple had two children, Sara and Ibrahim before they got divorced in 2004.

He is happily married to Kareena Kapoor since 2012 and the couple shares a loving relationship with his two elder children Sara and Ibrahim.

Today’s generation does not know about Saif Ali Khan’s colourful past. He was branded somewhat of a philanderer when he met Italian model Rosa Catalano and dated her from 2004 to 2007. Media reports at that time said that Saif had lied to Rosa about being married and the two broke up. 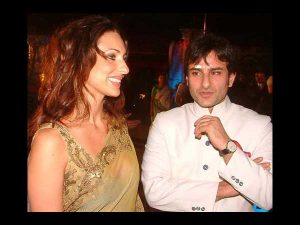 In 2007, he met Kareena Kapoor and they have been living happily ever after.

Dial 112: Odisha Gets Single Number For All Emergency Services