A R Rahman To Perform Live In Cuttack 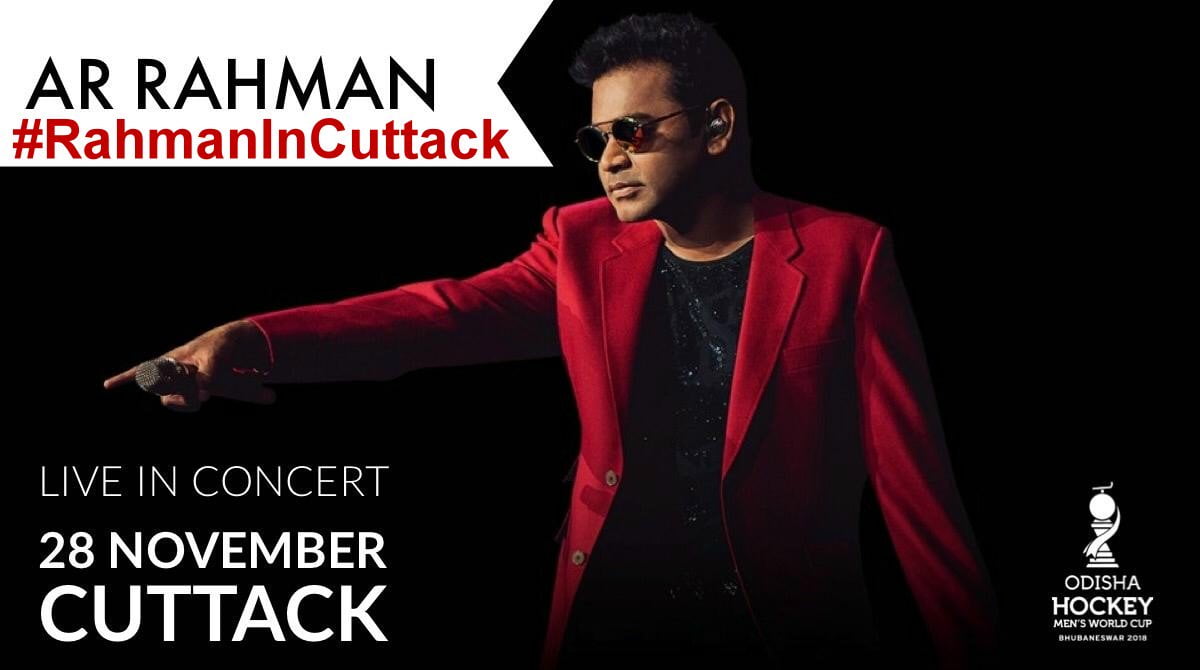 Bhubaneswar: Oscar and Grammy award-winning music composer A R Rahman will perform live in Cuttack on November 28, a day after the opening ceremony of Hockey Men’s World Cup at Kalinga Stadium here.

The music maestro tweeted about it.

Delighted to announce that I shall be performing at the Millennium City, Cuttack, on 28th November as part of the Hockey World Cup celebrations #HWC2018 @Naveen_Odisha @TheHockeyIndia

Hockey India CEO Elena Norman has written to Odisha Olympic Association, seeking assistance for making the necessary arrangements for the promotional event at the Barabati Cricket Stadium in Cuttack. She also confirmed that Rahman had given his consent to perform at the promotional event as part of the Odisha Hockey Men’s World Cup 2018.

The singer of ‘Jai Ho’ fame had earlier confirmed that he would be performing live at the opening ceremony of the World Cup at Kalinga Stadium alongside Bollywood superstar Shah Rukh Khan.

“Nothing says India more than our beloved sports hockey. And nothing is more exciting than the world’s biggest hockey tournament happening right here, on our turf. The Odisha Hockey Men’s World Cup, Bhubaneswar 2018,” Rahman had said in a statement earlier.

A total 16 teams are participating in the mega event to be held at Kalinga Stadium from November 28 to December 16.

These 3D Street Art Illusion In Odisha Capital Will Blow Your Mind!

13 Injured In Road Mishap In Sundargarh