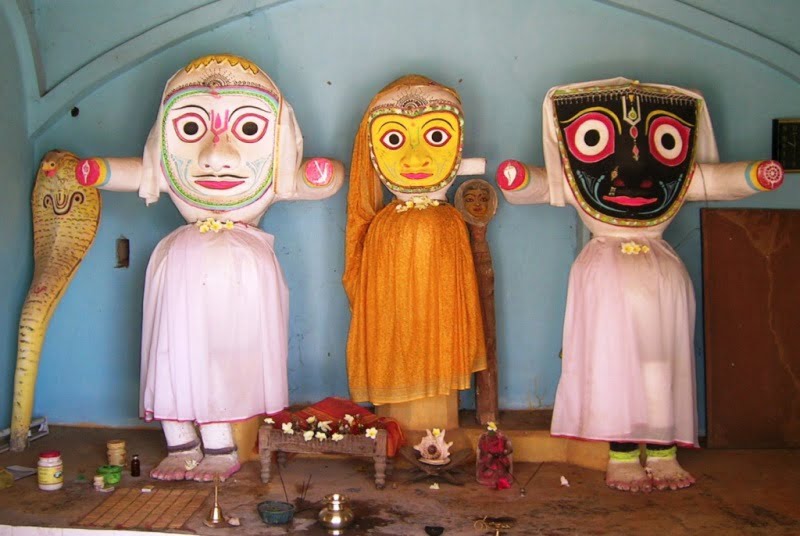 This is actually like a riddle. A Jagannath Temple, the sibling deities but no Rath Yatra? Is it possible in Odisha? It may be difficult to believe but this is a fact. The unique distinction goes to the Jagannath Temple at Patripal, about 15 km from Balasore.

The deities here do not come out of the temple and there is no chariot pulling. In other words, none of the rituals related to Rath Yatra is performed here.

There is no clarity and no records related to this unique tradition. What is however, known, is the fact that the deities are being worshipped here for the last over 150 years and that devotees visit the temple and offer puja on a regular basis.

So, what is striking about the temple here?

Unlike other Jagannath temples, the idols of Lord Jagannath, Balabhadra and Goddess Subhadra here have legs, palms, lips and nose. The deities are made of wood and are six feet high.

A saint, Hari Golam Das, a follower of saint Raghubar Das of Chhatia installed them here in 1855. Locals say that Hari Golam was arrested by the Britishers in 1922 for leading the freedom movement here and the Rath Yatra has been stopped since then. There has been no initiative to start it again or for Nabakalebar (change of deities).

Hari Golam, who hailed from Brahmagiri of Puri district, was a great Devi Upasak. The place where the temple stands now was his hermitage. Before installing an Astadasabhuja (18-handed) Durga idol, he had put up the Trinity.

Earlier, the deities were worshipped in a thatched house and it was the saint’s daughter-in-law, Chandramani Das, who took an initiative to build a temple in 1989 with financial help from the district administration and some devotees.

Was Fani A Result Of The Lord’s Wrath?