A Truck Took One Year To Travel From Maharashtra To Kerala! Here’s Why 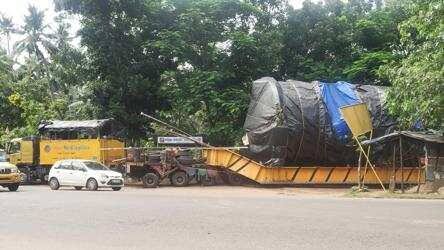 The truck with 74 wheels left Nashik in July 2019 and passed through four states covering a distance of 1,700 km before entering Kerala earlier this month. It is now scheduled to reach its final destination of VSSC in Vattiyoorkavu by July-end. A normal truck takes a week to cover the distance.

According to reports, the truck used to cover an average distance of just 5 km every day due to its unusual length and breadth. It blocked the entire road with no place for other vehicles to pass. A 32-member crew controlled its movement.