If Any Athlete Is Doing Well, It’s The Govt’s Responsibility To Support Him Or Her, Says Asian Games Double Medal-Winner 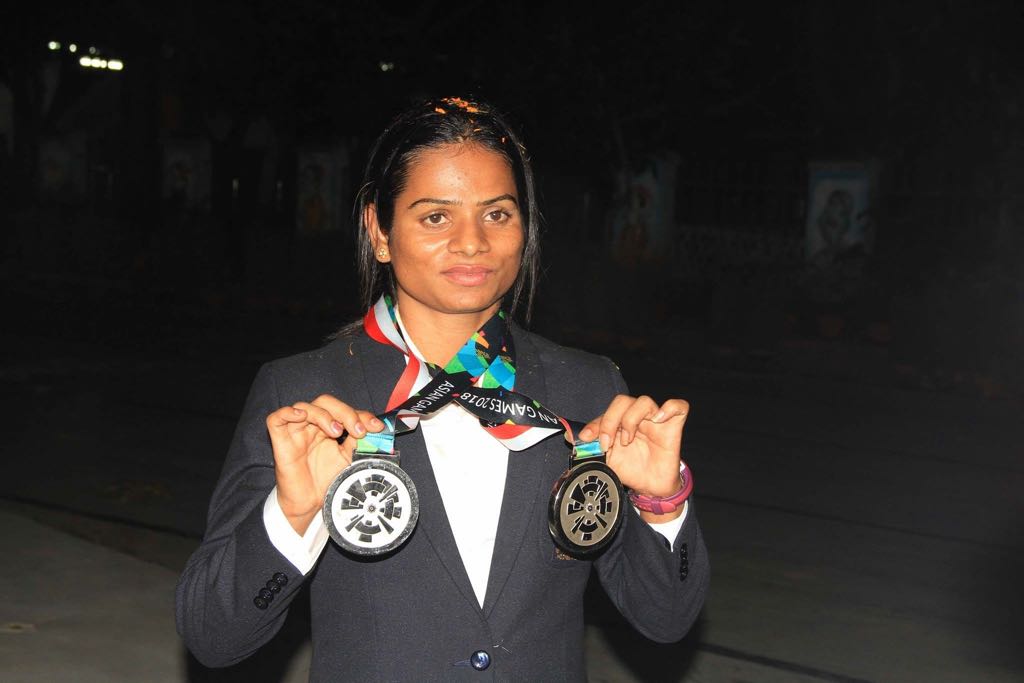 New Delhi: Dutee Chand has hit back at the Odisha government for revealing details of funds they have released over the years for her training.

“I am disappointed because nowhere in the world or in India has anybody (governments) revealed to the media what amount of money has been spent in the training of an athlete, whether it is Hima Das, Neeraj Chopra, Abhinav Bindra or PV Sindhu,” Dutee told timesofindia.com.

“I am not the only Odisha athlete being supported by the state government… there are many others like Srabani Nanda, Amiya Mullick, Purnima Hembram, some hockey players as well. Their details have never been revealed, but I have been countered directly,” Dutee complained.

On Thursday, the state government issued a press release detailing when and how much they had given the ace athlete for her training and as reward for her success. The government ‘action’ came in the wake of a Facebook post in which Dutee said she wanted to sell her BMW car to raise funds for her training.

“No sponsor is willing to spend on me due to this (COVID-19) pandemic. I am in need of money and so have decided to sell it (car) off to meet my training and diet expense,” Dutee had told Odisha Bytes.

Dutee, who deleted her post subsequently, feels she didn’t do anything wrong as the post was part of her ‘personal space.’

“When I posted about selling my BMW car on Facebook, nowhere did I mention that I need money to fund my training… I kept that post till 10 pm on that night; but when I saw it was being misinterpreted and leading to controversy and negativity, I deleted it,” said the winner of two silver medals in Asian Games.

The 24-year-old athlete went on to claim that she had submitted bills for each and everything she did with the funds for her training.

“The other Rs 50 lakh too (mentioned in the press release) I have never denied about… I have spent all that (on my training) and submitted the bills as well,” Dutee was quoted as saying.

“That was sanctioned for the Olympics in 2020. I need money because the Tokyo Olympics have been postponed (to 2021). Had it not been the case. I would not have said that I need money. I didn’t feel right to ask for money when the country is fighting COVID-19 and everybody is making donations. That is why I wanted to sell my car,” she explained.

Dutee, who rose to fame from a modest background, argued that she hadn’t asked for prize money and felt humiliated to be reminded of that by way of a press release.

“Rs 3 crore was for my (Asian Games) medals. I didn’t ask for it. You decided. And where I invested it, everyone knows. I built a house for my family, bought a car for myself and invested the rest in my sports career.”

She further clarified, “I didn’t say you (Odisha government) didn’t support me. You did and I won medals in return. I won medals at the South Asian Games, Asian Championships (also two medals in the Asian Games), and participated in the Rio Olympics. You invested in me and I paid back.”

She felt it was the government’s duty to help athletes who perform well. “If any athlete is doing well, then it’s the responsibility of the government to support the athlete,” she fired the last salvo.

It remains to be seen if the state government responds or lets it pass.

A Truck Took One Year To Travel From Maharashtra To Kerala! Here’s Why