A Well-Trained Human Resource Drives The Wheels Of Development Of The Country: Baijayant Panda 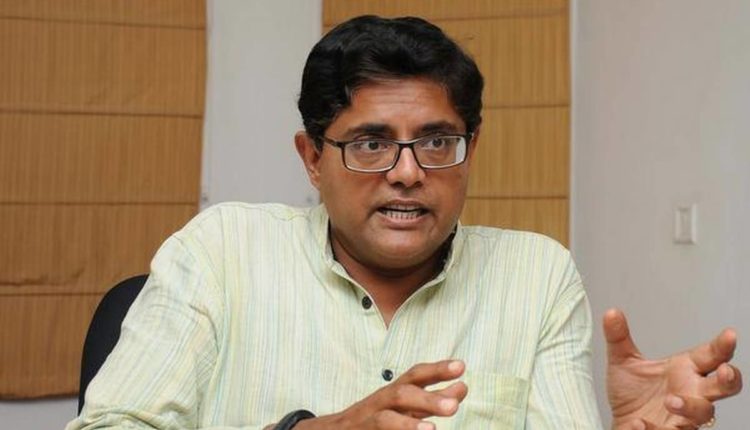 Bhubaneswar: The rich natural resources of Odisha remain the point of attraction for the investors. However, poor infrastructure and problems of land acquisition, that limit the potential of the state, cannot be set aside without fundamental introspection into it. “Natural resources, alone, cannot be a contributing factor for the growth of the nation as it is also dependent on the development of human resources,” said Baijayant Panda, national vice president & spokesperson, BJP and former MP.

Panda, in a webinar organised by Odisha Corporate Foundation on Development of Odisha and its investment Ecosystem, said, “Although Odisha has come really far in the past 20 years, there still remains a long milestone to achieve.” Citing an exemplary growth of an agricultural state-Haryana, he said, “In the past 25 years, the state has allured various foreign investments remains the key to its growth. There have been positive changes in our economy as India has improved to stand at 60th rank from 142nd in the World bank list. Yet, we need to work a lot based on this projectile.”

Bijay Kumar Patnaik, former chief secretary of Odisha and moderator of the webinar, said, “Clenching to the natural resources, alone, won’t be a deciding factor for the growth as it is also inclusive of human resources. Our capacity to prosper, if and when proven, would be an elevator pitch for others to work along with us. In this context, the successful young entrepreneurs from the state can offer their advice to other budding entrepreneurs and discussing their plans for their future can bring about good results.”

Contributing to the webinar with his valuable inputs, Upendra Tripathy, director general of Solar Alliance, said, “Creating an infrastructural background is not an easy task as a good natural resource and a well-trained human resource are its primary constituents, equivalently.”

Moreover, he also discussed all that he can do and the need for the scope of improvement in various aspects that can contribute to the progress of the state.

Pannaga Pattnaik, an IT Specialist based out of Nairobi, said, “The youth of Odisha is doing good in the service industry, though there is a need for improvement in the presentation and scholarly aspects. New methodologies need to be adopted to develop the agricultural aspect for a profitable turnout.”

“Odisha’s companies lag behind in the Industrial sector. Residing out of India, we are aiming at creating a global network that would contribute towards the development of the state. Young entrepreneurs have a great scope in the field of agriculture, handicraft and handloom. I would lend a helping hand for any assistance required in this context,” said Soumya Ranjan Singh, a participant from Singapore.

“Odisha Corporate Foundation has a great role to play in creating a global network,” said Dr Madan Mohan Sethi, Consul General of India to Vietnam. “Vietnam has a large scope of business and would extend the required help to the young budding entrepreneurs,” he added.

Among others, Manoj Kar, Manoj Sahoo, former bureaucrat T Ramachandru and industrialists from Vietnam, Kenya and Singapore made their presence felt in the webinar. The program was presided by HK Behera, president of Odisha Corporate Foundation.