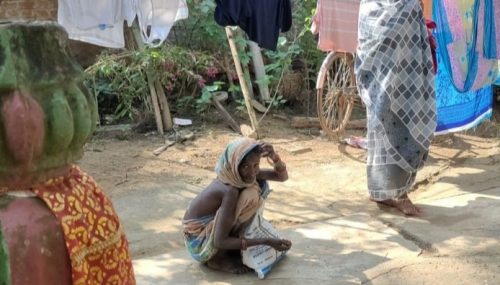 Berhampur: She is an elected sarpanch of a panchayat. But she has to go for begging to sustain herself and her family. She is 60-year-old Hema Naik of Badapalli panchayat under Khallikote block in Ganjam district.

When the last panchayat election was announced, Hema found herself in an enviable position. While the post of sarpanch was reserved for the woman Scheduled Caste (SC) candidate, Hema was the only woman belonging to the community in Badapalli village.

Hema filed her nomination for the sarpanch post and was elected uncontested. But the post hardly changed her life.

Though Hema receives an honorarium of Rs 2,350 per month as sarpanch, she is not aware of the amount she draws. “I don’t know how much honorarium I get. My husband draws the money and my sons take the entire amount,” said Hema, who is illiterate.

While Hema’s husband works as a peon in the panchayat office, her younger son Sushant works as daily wage earner in the village and elder son as migrant labourer. Hema lives with her husband, two sons and daughter-in-law in a dilapidated house.

Hema has visited the panchayat office four to five times during her tenure as sarpanch till today. She even does not know the name of the BDO of Khallikote block. 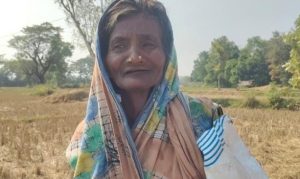 Hema was present along with Khallikote MLA Suryamani Baidya, who had gone to Badapalli, to distribute the smart health cards under the Biju Swasthya Kalyan Yojana (BSKY) a few days ago. A day after the event, she returned to begging.

Hema said she never begs in Badapalli and goes to Manikapur, Maheswarpur, Kairasi and other places near Badapalli. Some people, who give her alms, also know that she is the elected sarpanch of the panchayat.

Meanwhile, BDO Khallikote Mitali Patra and tehsildar Raj Kishore Patnaik visited Hema’s house on Saturday and requested her and her husband to desist from begging. They also gave rice, dal, clothes and blanket to Hema, sources said. The Red Cross has sanctioned Rs 10,000 to Hema.

The tenure of Hema as sarpanch will end early next year.