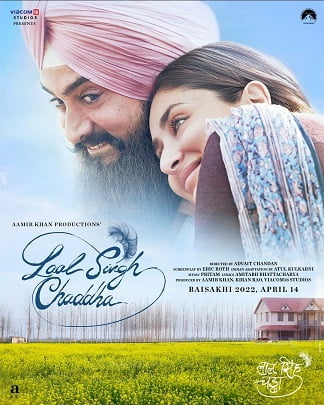 New Delhi: The long-awaited Laal Singh Chaddha, starring Bollywood actors Aamir Khan and Kareena Kapoor will finally release on April 14, 2022. The latest news is that Aamir is likely to hold a special screening of the film for Tom Hanks, who starred in the original film, ‘Forrest Gump.’ Laal Singh Chaddha is the official remake of the Hollywood film.

Aamir Khan has kept the story of his true to the original version. The film will reportedly showcase Aamir through different ages and different looks. It is also being said that Mona Singh might play the role of Khan’s mother. On the other hand, Kareena Kapoor Khan will be playing his love interest.

The film will also mark the debut of South superstar Nagarjuna’s son, Naga Chaitanya, in Bollywood.