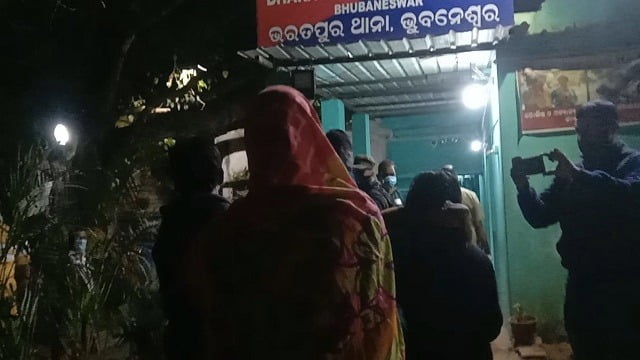 Among those arrested is Surekha’s boyfriend Chhotu. The three were absconding since the incident and the police were raiding various places to nab them. One of them is reported to be a minor.

The police initially suspected that Surekha, 23, might have been murdered after a fight with her boyfriend and they had filed a case under Sec 302 IPC on the complaint of the victim’s family members.

Surekha used to work in a shop in Bharatpur area of the city and resided in rented accommodation.

On the night of January 9, Surekha and her boyfriend had a feast at night in the latter’s house. Two other youths were also present. On January 10, the body of Surekha was found from Tarini Basti in Bharatpur locality. Two mobile phones were also found near the body.

The preliminary post-mortem report revealed that she died due to asphyxiation. But what caused the asphyxiation is not yet clear.

The autopsy report further said that the body was found hanging, there was an injury mark on the neck and the incident happened late in the night. The body was half-naked when recovered. A scientific team of Odisha police and a 4-member expert team from AIIMS-Bhubaneswar had inspected the incident spot for a second time after the preliminary autopsy report, sources added.