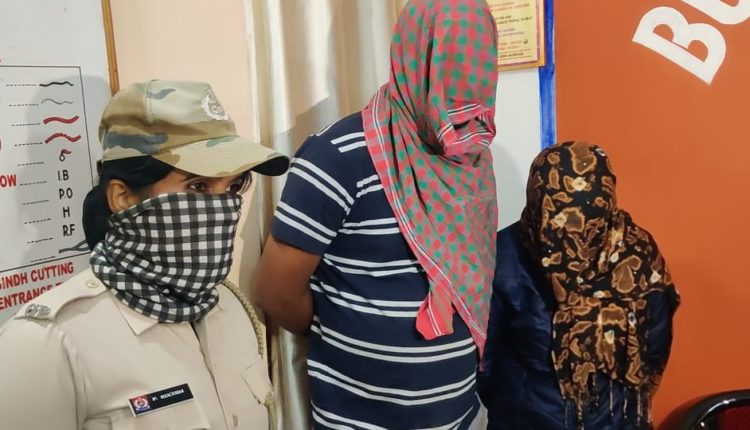 Bhubaneswar: Police have cracked the murder of a taxi driver from Bhubaneswar, Sudhir Kumar Sahoo, at Borrigummma in Odisha’s Jeypore district last month with the arrest of a man and his live-in partner.

The accused, identified as Prakash Chandra Routray and Alpana Nayak, were nabbed from a hotel in Rourkela.

Police said that Sudhir was murdered after he allegedly molested the woman in an inebriated condition. The duo had hired the taxi for a trip to Gupteswar in Koraput on January 24 and reached Koraput via Rayagada at 10 pm the following day, Prakash and the taxi driver consumed liquor at a dhaba midway. Since Sudhir was not in a condition to drive, Prakash took over wheels and drove towards Balangir on Borrigummma road via Nabarangpur. Since Prakash was also drunk and it was late in the night, he took a wrong turn towards Koraput. The incident took place when he stopped the vehicle near Chattaria village with Borrigummma police limits. Irked over Sahoo’s behaviour, Prakash and Alpana strangulated him to death. They then dumped his body and mobile phone at the spot and fled in the taxi.

TRACKING DOWN THE ACCUSED

The special team of Jeypore Sadar and Borrigummma police reached the hotel in Rourkela after tracking the accused’s mobile phones and their conversation with the taxi driver, a resident of Jagamara in the city.

The taxi and three mobile phones were seized from their possession.

Koraput SP Varun Guntupalli said that the case was tough as police were clueless about the people, who had hired the taxi. The duo, who have confessed to the crime and narrated the details of the incident, had fled to Uttar Pradesh after committing the crime, he added.