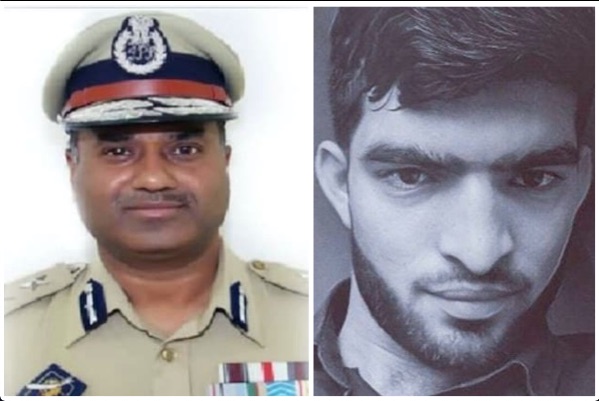 The 57-year-old 992 batch IPS officer was found dead with his throat slit at his Udaiwala residence on the outskirts of Jammu on Monday. His body bore burn injuries.

“This is a small gift to their visiting Home Minister amid such a security grid,” it added, referring to Amit Shah who is on a three-day visit to Jammu and Kashmir.

The prime suspect in the case is his 23-year-old domestic help, Yasir Ahmed, whom he had hired six months ago. The personal diary of Yasir reveals a depressed mind fixated on death, NTDV quoted police sources as saying. “Dear death, come into my life,” said a note. “I’m sorry I am having bad day, week, month, year, life,” said another.

The report had giving several details noted in the diary. It has several songs in Hindi, with one of them titled, “Bhula dena mujhe” (‘Forget me’).  Short sentences and notes — “I hate my life”, “Life is just grief…”, “My Life 1%” — have been scribbled.

The NDTV report, quoting a police officer, however, said that the initial inquiry hinted at no terror act but a thorough probe is on to rule out possibilities.