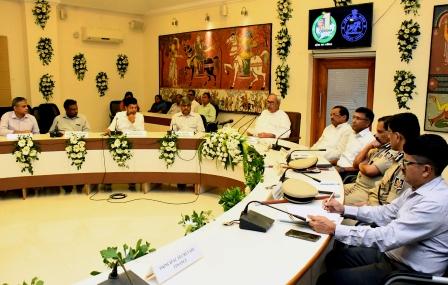 In a video conferencing with the Collectors, SPs and RTOs at Lok Seva Bhawan here, he directed them to identify such brokers and prohibit their entry into the transport office premises within a fortnight.

The Chief Minister also laid emphasis on the opening of more counters at the offices for quick disposal of driving licences and other vehicle-related documents to the people.

He also advised them to raise awareness on road safety and traffic rules in educational institutions and on the roads.

While thanking the RTOs and the staff for providing service to the people during the holidays, he asked all the concerned departments to work in coordination for proper implementation of the traffic rules.