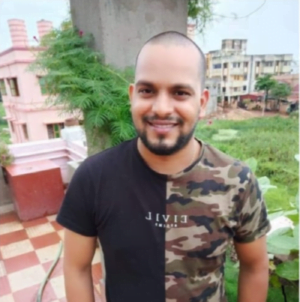 Bhubaneswar: The National Human Rights Commission (NHRC) has sought an Action Taken Report (ATR) from Twin City Commissionerate Police within four weeks in the connection with the death of social activist and motivational speaker Aditya Dash.

This followed a complaint lodged by Supreme Court lawyer and social activist Radhakanta Tripathy with the commission on July 24, alleging that Aditya was murdered.

In the NHRC in its order said: “In case the ATR is not received within the stipulated time, the Commission will be constrained to invoke coercive process Under Section – 13 of the Protection of Human Rights Act, 1993 for the personal appearance of the concerned authority.”

The petitioner argued that mystery shrouded the death of the social worker, who was receiving threats after launching an anti-liquor agitation. While his wife and friends are engaged in mudslinging, the CCTV footage of the railway station is missing. There are other missing links like his hand-written diary, he added.

“The delay in arresting the culprits, exposing the truth and uncovering the mystery over the death poses a serious question of human rights as it involves the role of police, intelligence and law and order of the state,” he contended.