Admin Orders Temporary Closure Of This Pvt Hospital In Cuttack 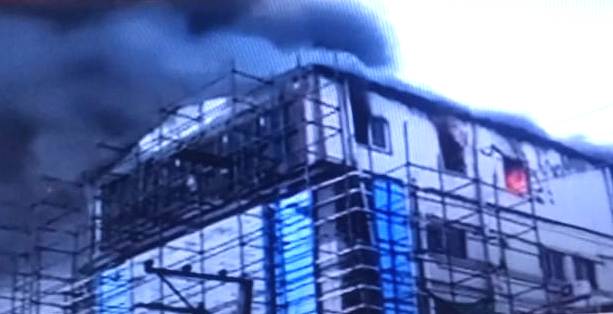 Cuttack: Ten days after a massive fire broke out in Sun Hospital in Tulasipur area of the Cuttack city, Cuttack Collector Bhabani Shankar Chayani on Wednesday directed to shut the hospital temporarily.

Taking to the media, the collector said that the hospital had failed to file a satisfactory explanation to the show-cause notice issued to it following the mishap.

“The Sun Hospital authorities have been told not to resume any kind of treatment and testing till further orders,” he added.

The incident took place around 11.45 am on February 1 when locals spotted thick smoke billowing out of the rooms on the top (fifth) floor of the hospital and informed Fire Brigade, which rushed to the spot and doused the flames within an hour.

The hospital authorities, however, had safely evacuated all the patients and admitted them to SCB Medical College and Hospital and other private nursing homes in the city.