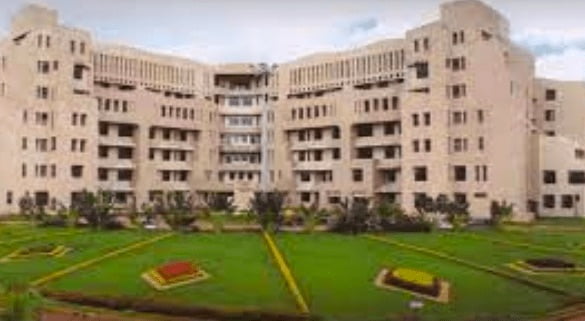 Bengaluru: Dharwad’s SDM College of Medical Sciences has turned into a COVID hotspot with 99 new cases being detected on Saturday.

With this, the number of positive cases has mounted to 281.

Among them, only six had mild symptoms and the rest were asymptomatic. Most of the infected people were fully vaccinated against coronavirus, officials said.

“Testing has been intensified and throat swab samples of 1,500 people are being collected every day from 11 new counters opened,” Deputy commissioner Nitesh Patil told ANI.

Results of 1,890 staff and patients at the medical college and hospital are awaited, he added.

Also Read: Could A New COVID Variant Be Behind 182 Cases In Karnataka Medical College?

According to media reports, a recent fresher’s party organised inside the campus is being attributed to the outbreak.

Schools and colleges in a 500-metre radius have been shut down until Monday to contain the spread.

Besides Dharwad, more than 50 students of two nursing colleges in Mysuru have also tested positive. A residential school in Bengaluru also saw 33 students below 18 years of age and a staff member getting infected. The COVID test results of 12 students of a nursing college in Anekal of Bengaluru Rural were found to be positive on Friday afternoon, The Print reported.