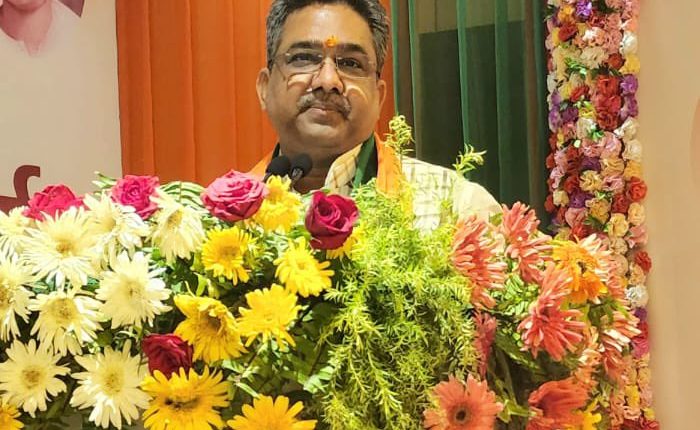 Bhubaneswar: BJP leader Sunil Bansal was on Wednesday appointed national general secretary of the party. He will also replace D Purandeswari as in-charge of the Odisha unit of the party.

Besides Odisha, he will be in charge of West Bengal and Telangana as well, a BJP release said.

His appointment is being seen as a move by BJP to strengthen the party apparatus in these states, which are being ruled by regional parties, ahead of the 2024 elections. During his recent two-day Odisha visit, senior BJP leader and Union Home Minister Amit Shah asserted that the saffron party will come to power in the state in 2024.

Bansal was the general secretary (organisation) in Uttar Pradesh and one of the major planners of the party’s win in the UP elections in 2017 and 2022. An activist of the Akhil Bharatiya Vidyarthi Parishad (ABVP) – the Rashtriya Swayamsevak Sangh’s student outfit – in Rajasthan, he was picked by Shah to work on the 2014 elections in Uttar Pradesh and continued to strategize for the party’s victory in subsequent polls. He is considered his right-hand man.

Bansal also worked closely with Union Minister Dharmendra Pradhan, who is from Odisha, in UP Assembly polls held in February-March, 2022. Dharmendra was the state election in-charge.

When Shilpa Shetty Took Instructions Literally & Broke A Leg! How Long Will She Be Out Of Action?

Prophet Remark Row: Relief For Nupur Sharma As SC Orders Transfer Of All Cases To Delhi