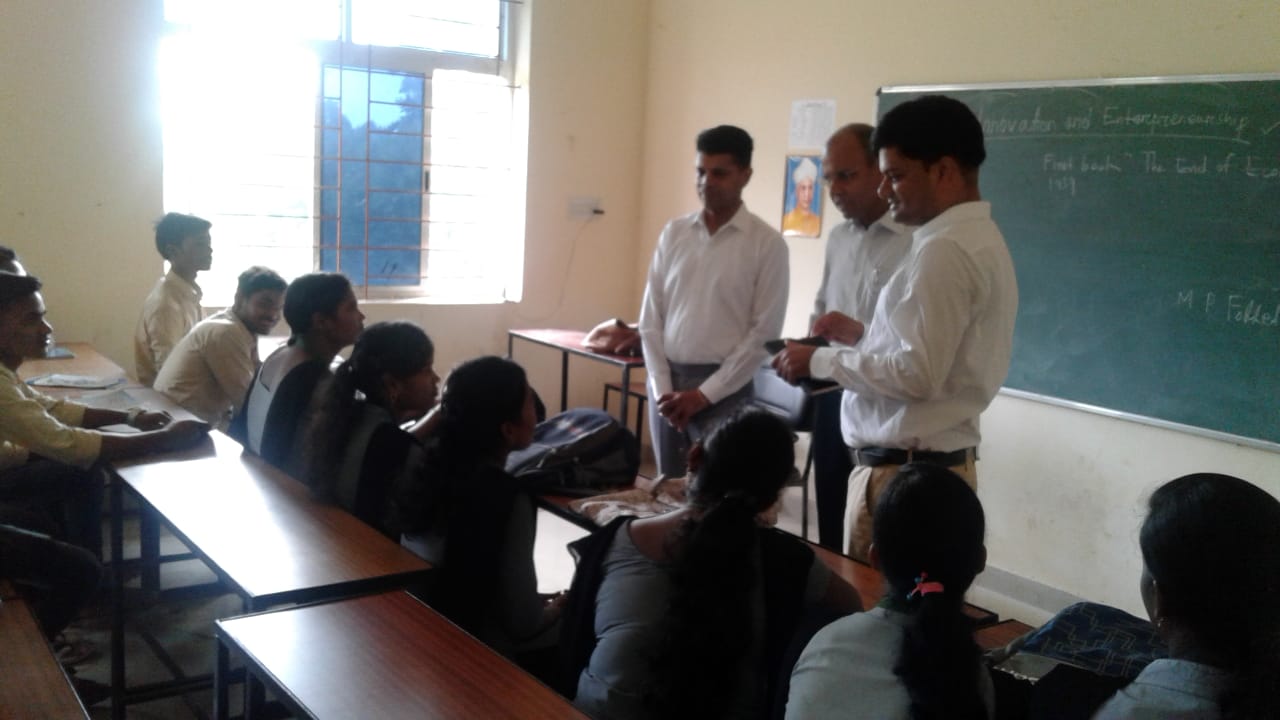 Deogarh: The students of Adarsh College here got a glimpse of Chief Minister Naveen Patnaik’s ‘Mo Sarkar’ initiative on Tuesday when secretary to the Chief Minister (Transformation & Initiatives) VK Pandian visited the institution and interacted with them.

Pandian along with senior bureaucrats has been diligently taking feedback from ordinary people about the delivery of public services since the Chief Minister rolled out this ambitious initiative on Gandhi Jayanti as part of his pro-people ‘5T action plan’.

In his fifth term as Chief Minister, Naveen had spelled out his governance mantra – 5T (teamwork, technology, transparency, transformation and time limit) to his Cabinet colleagues and senior officials soon after assuming office, knowing well that the people of Odisha expected something more from him this time round.

Pandian has since been making whirlwind tours of the state, visiting hospitals, police stations and government offices in remote districts. Most of these visits have been kept under wraps lending it an element of surprise.

Besides, his team having lunch with villagers at an Aahar centre in Boudh district and then with inmates of an orphanage in Keonjhar district has done a lot of good to people’s perception of the governance mechanism.

While the citizen empowerment initiative was launched in two departments (Healthcare and Police) initially, the government on October 16, following positive feedback, announced to cover five more departments in the second phase and the remaining by March 2020.

This was Pandian’s first visit to a college.

Accompanied by the Mission Director, National Health Mission, Shalini Pandit and principal secretary, Finance, Ashok Kumar Meena, he arrived at the Deogarh district headquarters in a helicopter this afternoon.

He then went to the district headquarters hospital and interacted with the indoor patients regarding the quality of healthcare services provided to them.

After a meeting with the Chief District Medical Officer (CDMO), Pandian left for the college.

During his visit, senior citizens of Deogarh town met Pandian and suggested measures for development of the district. They also requested him to take necessary steps for upgrading of the district headquarters hospital by installing state-of-the-art equipment.