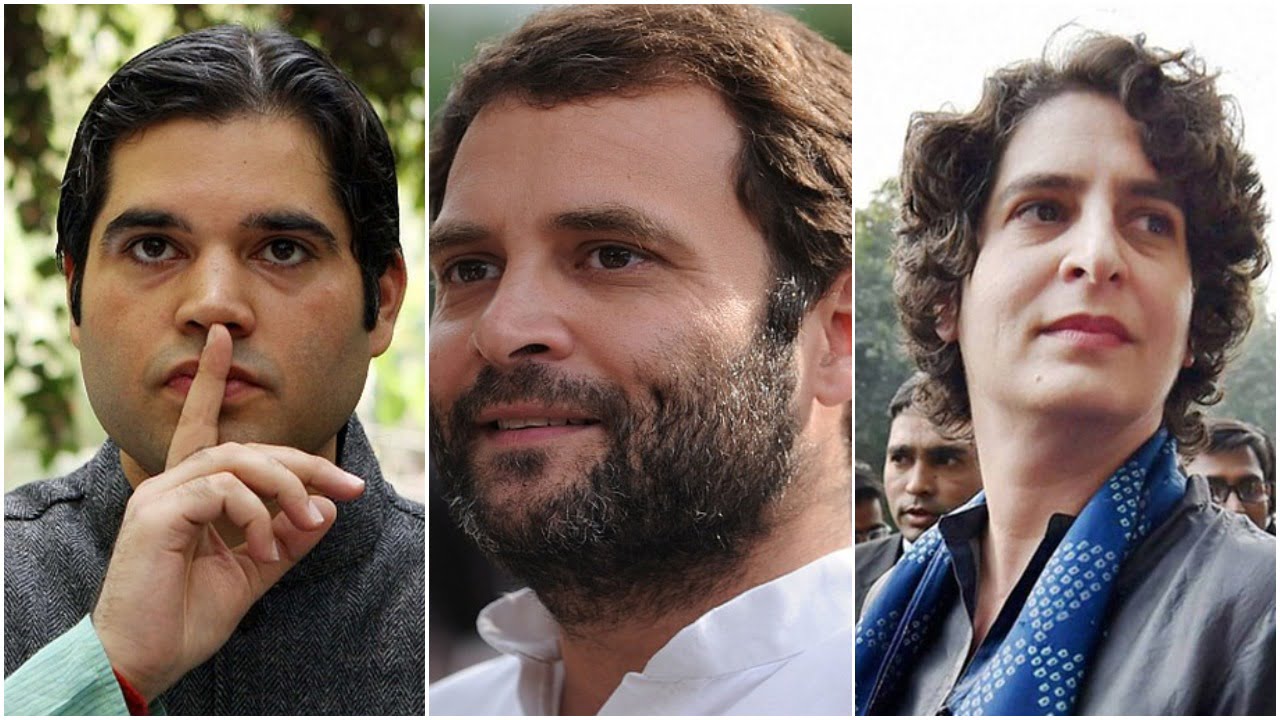 New Delhi: Priyanka Gandhi joining active politics has triggered speculation about the possible entry of her cousin and BJP MP Varun Gandhi into the Congress.

If sources are to be believed, Priyanka has been tasked to convince Varun to join the grand old party, in what is being seen as a move to bury the hatchet between the families of Rajiv Gandhi and Sanjay Gandhi and reunite the Gandhi-Nehru parivar.

AICC president Rahul Gandhi and his sister Priyanka are said to share good rapport with Varun, notwithstanding the not-so-good relationship between their mothers Sonia and Maneka.

Sources said if Varun, who is said to be unhappy with the BJP, indeed joins the Hand party, of which his father Sanjay was a very powerful leader during the Emergency and its aftermath years in the 1970s, he would be given an important task, possibly in-charge of central Uttar Pradesh.

On Wednesday, Priyanka was made in-charge of Eastern UP.

Sanjay died in an air crash on June 23, 1980, near Safdarjung Airport in New Delhi. Following his untimely demise, the families had gradually distanced.

Sources said while Varun might join the Congress, Maneka is still reluctant. If Varun, the Sultanpur MP, joins hands with her cousins, his mother might contest the forthcoming elections as an independent. She had won the Lok Sabha polls from Pilibhit in 2014 and currently holding the post of Union minister of Women and Child Development in the NDA government at the Centre.

This move is viewed in political circles as a masterstroke that Rahul has planned to strengthen the Congress in UP, especially after the SP-BSP announced an alliance.

It might also help bring back party old-timers and help revive the party in other parts of the country and enable Rahul and Co to strongly take on the BJP, which in recent years have made deep inroads in states where hitherto they didn’t have much presence.

The saffron party is in power in nine states, while Cong is in office in five states.

Curfew In Kendrapara Town To Be Lifted Tomorrow