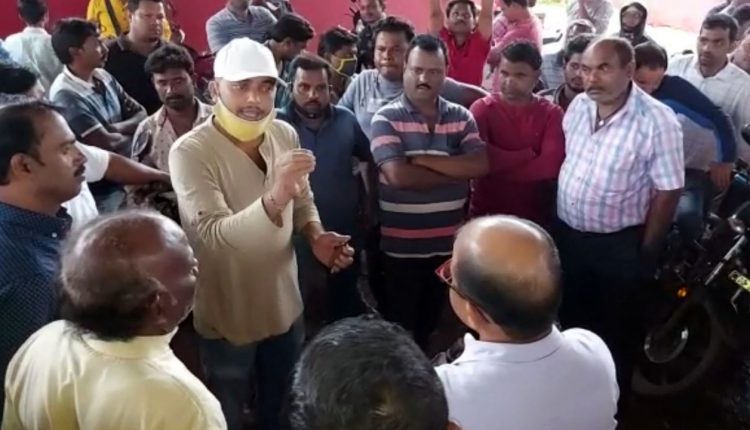 Keonjhar: The Banspani Mining Area Truck Owners’ Association (MATOA) engaged in transporting iron ore from Jajang Mines of JSW Steel Limited on Tuesday sought police protection from “agressive transporters” in view of a reign of terror allegedly unleashed by the supporters of Champua legislator Minakshi Mahanta in the area.

Addressing mediapersons, the association president Chaturbhuja Palei and secretary Satyapriya Barik said they were on a peaceful agitation at Jajang seeking a raise in the transportation cost of ore, but the agitators were attacked by a group of rival truckers with criminal antecedents. The association members alleged that Mahendra Mohanty, considered close to the Champua legislator, allegedly engineered the assault on the agitators with the help of his henchmen.

Several truck drivers, helpers and their family members along with truck owner Satyananda Karua of Joda were among those who were injured in the attack. The association has filed four complaints with Bamebari police station.

“The police have not yet taken any action so far under pressure from the legislator despite the complaints,” the association president alleged and threatened to gherao the office of the superintendent of police if the district administration remains a mute spectator to the happenings in the mines area.