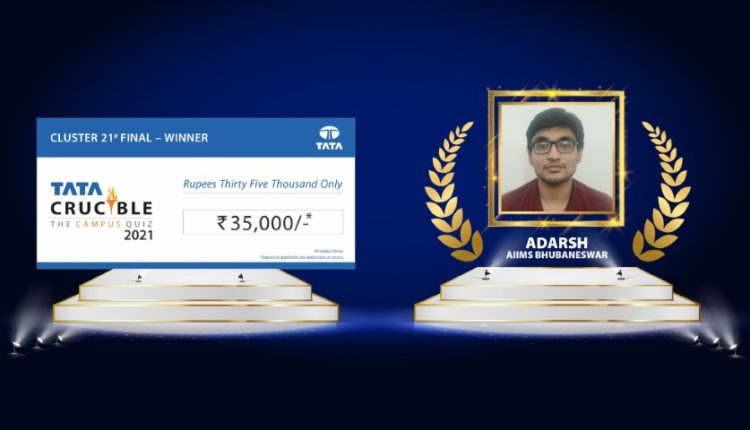 The Cluster 21 Finals, which featured campuses representing the Odisha region, was a thrilling affair, with participants showcasing their quick thinking and sharp quizzing abilities.

The winner received a cash prize of Rs 35,000 and will now compete in the Zonal Finals where he will aim to qualify for the National Finals.

For the first online edition of India’s largest business quiz for campuses, the country has been divided into 24 Clusters. After two levels of online prelims, the top 12 finalists from each Cluster were invited for Wild Card Finals from which top 6 finalists competed in the 24 online Cluster Finals.

The 24 Clusters are further grouped into four zones — south, east, west and north – of 6 Clusters each.

The runner-up from four Zonal Finals will compete in a Wild Card Final, with 2 out of the 4 runners-up making it to the National Finals.

A total of 6 competitors will contest the National Finals and the top scorer will be crowned National Champion. He will receive Rs 2.5 lakhs along with the coveted Tata Crucible Trophy.

Noted quizmaster ‘Pickbrain’ Giri Balasubramaniam is the host of the quiz.

AIIMS-Bhubaneswar To Get Three Advanced Diagnostic…

Centre To Set Up Odisha-Level Virus Research Lab At…