Akshay Kumar Gets Trolled For His Chhatrapati Shivaji Maharaj Look And An Error; What Is It? 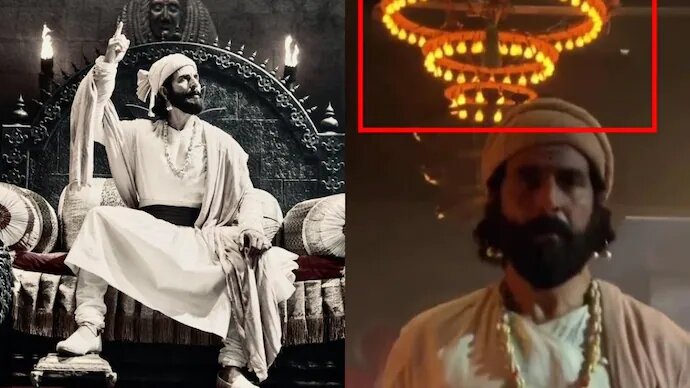 New Delhi: Akshay Kumar has not had a good year. All his five films, barring ‘Cuttputlli’ that was released on OTT, did not do well at the box office. Now, the actor is already receiving ridicule for a project slated to be released only next year.

In a video he shared to mark the beginning of the shooting of his upcoming film ‘Vedat Marathe Veer Shivaji’, Akshay also revealed his first look in the main role of Chhatrapati Shivaji. Many people on social media did not like his Shivaji getup and rather focussed on the anachronistic lighting on the chandelier above his head. Indeed, the chandelier is studded with lights using small electric lights in a 17th-century setting. Electric lights will not be invented until 1880, more than two centuries in the future.

This naturally led to memes on twitter, such as this one:

Mercury Plummets To 15°C & Below At 22 Places In Odisha; Bhubaneswar Records 15°C