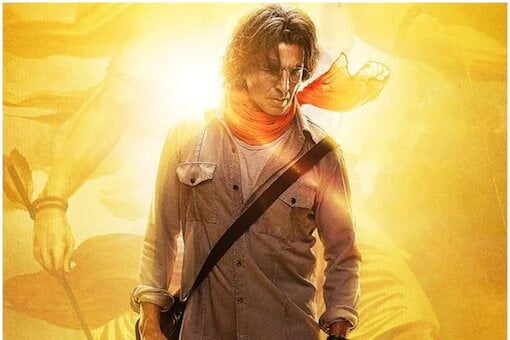 Kainth, the head of department of Ramayan Research Committee in Sri Lanka, has claimed that the main character in the movie – Dr Aryan — is based on his life story.

He has alleged that the makers of ‘Ram Setu’ have copied his research work and life story without taking his permission.

According to Kainth, he researched the existence of Ramayana facts in Sri Lanka and that Dr Aryan is shown doing the same in ‘Ram Setu’. Several aspects of the action-adventure film have been fabricated, claimed Kainth.

“The movie would have been much better if the filmmakers had come to me to discuss several things because I have done everything on the ground,” Kainth was quoted as saying by The Indian Express.

Kainth, who is from Banga town of Punjab’s Shahid Bhagat Singh Nagar district, has worked on a tourism project to highlight around 50 sites connected to the popular epic Ramayana.

‘Ram Setu’, which also features Jacqueline Fernandez and Nushrratt Bharuccha, raked in 15.25 crore on day 1 of its release (October 25) — the second-biggest opening for a Hindi film this year. Since then, however, there has been a steady decline in collections of the Abhishek Sharma-directed film.

Anatomy Of Angry Words: Being A Moderate In A Bristling Low-Trust Society