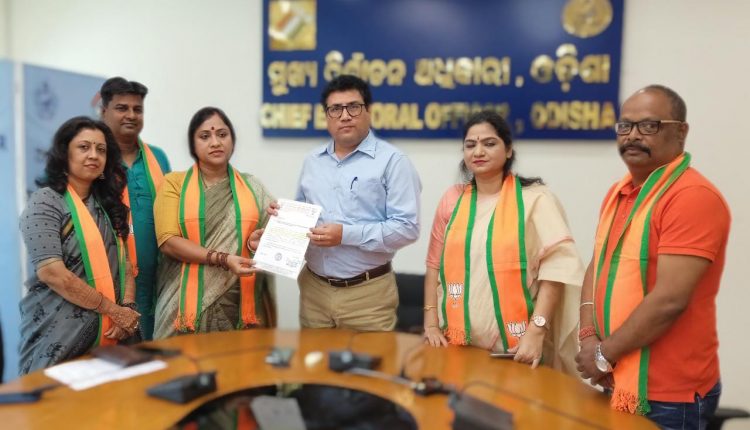 Bhubaneswar: Accusing ruling BJD of treating members of women Self Help Groups (SHG) as ‘use and throw’ products, BJP on Sunday alleged that Odisha’s ruling party is engaging them for illegal activities in Dhamnagar Assembly bypoll.

Alleging that BJD has been engaging SHG women in many illegal and political activities ahead of the November 3 by-election in Dhamnagar, Samantsinghar claimed, “the ruling party has reduced SHG women into use and throw products. This is an insult to all the women.”

She further accused the regional party of unnecessarily approaching the poll authorities including the CEO to cover up its wrong doings and poll code violation.

The BJP claimed that a new video has gone viral showing a woman of Tihidi block’s Paliabandha village and president of a SHG saying that she was given Rs 4,000 by BJD for distribution among all 12 members of her SGH.

Accusing BJD of using SHG women as a weapon to fight the by-poll, the BJP leader said this is not the first case as incidents of distribution of money through women have come to the light many times earlier too.

The SHG women are being used for distribution of money and campaigning for the ruling BJD, Samantsinghar alleged, adding that the ruling party is not accepting the women as BJD workers or supporters when they are caught.

The BJP leader further claimed that the CEO has already filed FIRs against two government officials who were campaigning for the BJD.