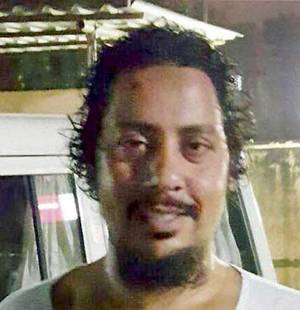 Cuttack/Bhubaneswar: Al Qaeda facilitator Abdur Rehman was sent back to Tihar jail in New Delhi after being produced before the Salepur Judicial Magistrate First Class (JMFC) Court on Monday.

After Rahman’s production, the court ordered the Special Task
Force (STF) of state crime branch to lodge him at Choudwar jail in
Cuttack following a petition filed by his counsel. Subsequently, the court issued its direction to send Rehman back to Tihar jail as his deposition before Patiala court is due on May 23. Rehman will be produce before Salepur JMFC court once again on May 29, the court stated.

Rehman was produced before the court amid tight security, basing upon
an appeal made by the STF.

Rehman, a suspected terror operative from Cuttack’s Paschimakachha
village, was arrested by the special cell of Delhi police and Odisha police on December 16, 2015, on charges of running an illegal Madrasa at Tangi area in Cuttack and motivating youths to join the terrorist organisation.

400-bed hostel for PwDs in the city in two years: Minister