All the new cases were 120 local contacts, the district administration informed, adding that contact tracing was underway.

The highest of 14 cases each were reported from Betnoti and Kaptipada blocks, followed by 10 in Khunta block, nine in Udala block, eight in Sukruli block, seven each in Bahalda and Rairangpur municipality, six in Baripada municipality, five each in Badasahi and GB Nagar blocks, four each in Jamda and Kuliana blocks, three each in Karanjia, Rasgovindpur and Suliapada blocks, two each in Bangiriposi, Morada and Shamakunta blocks, Karanjia NAC and Udala NAC, one case each in Jashipur, Kusumi, Rairangpur and Thakurmunda blocks. 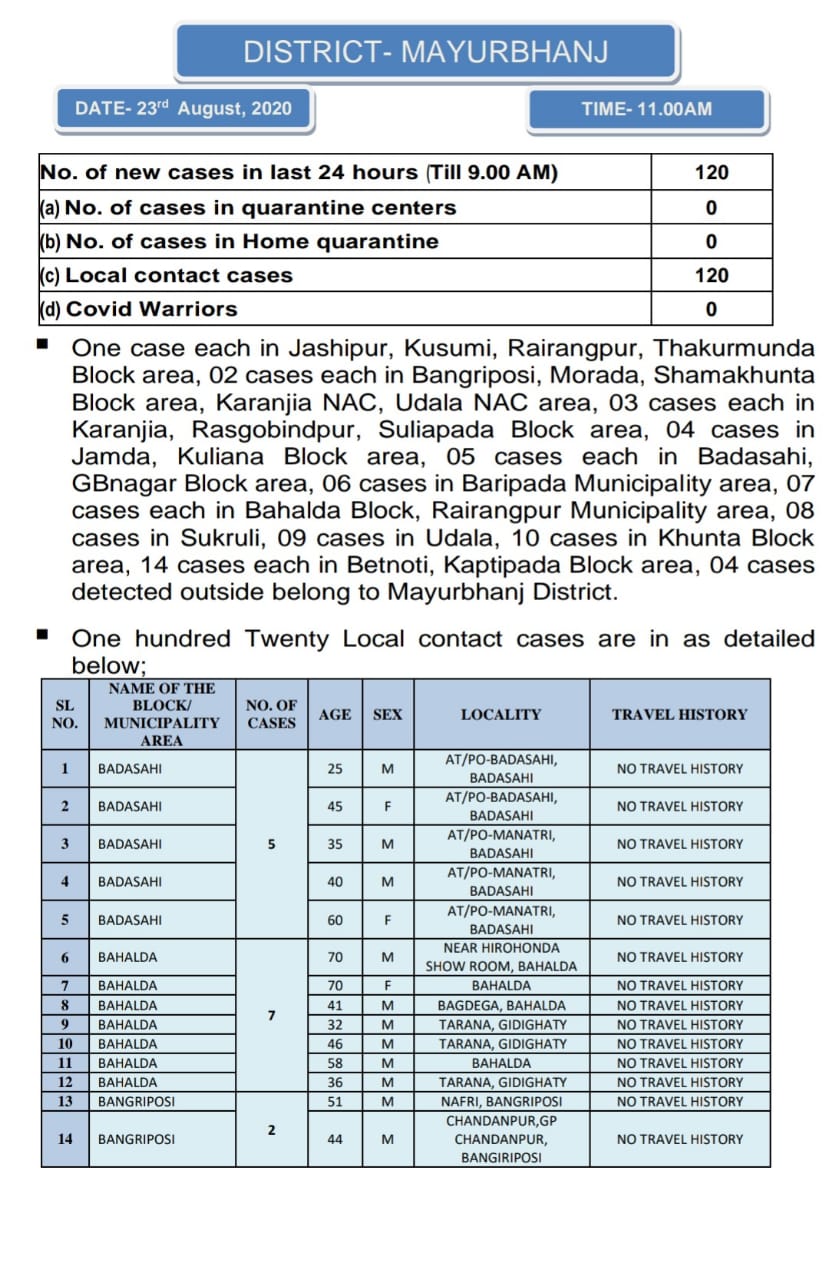 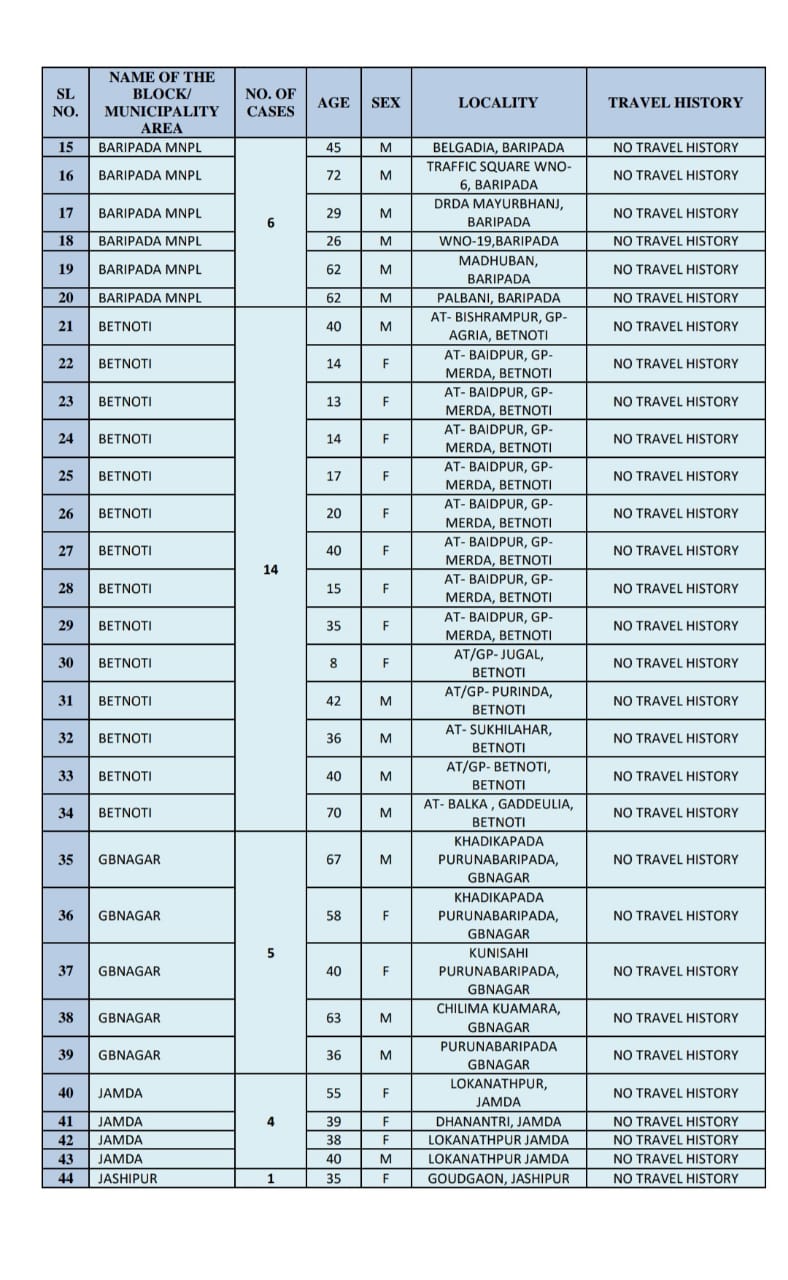 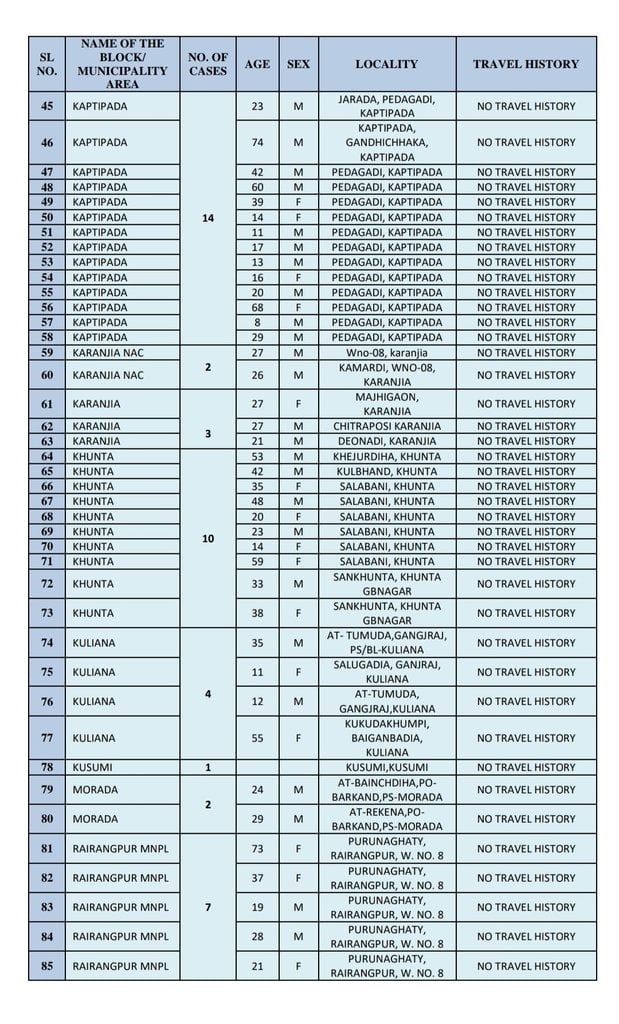 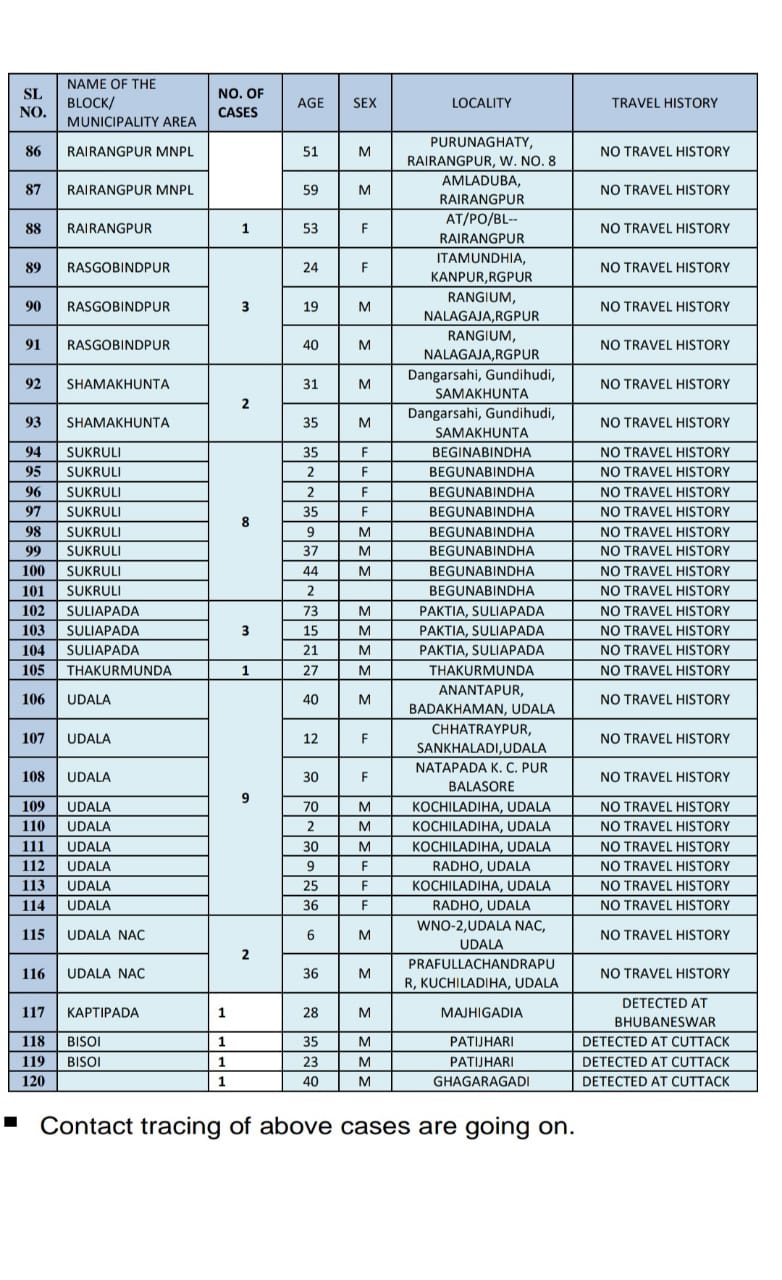