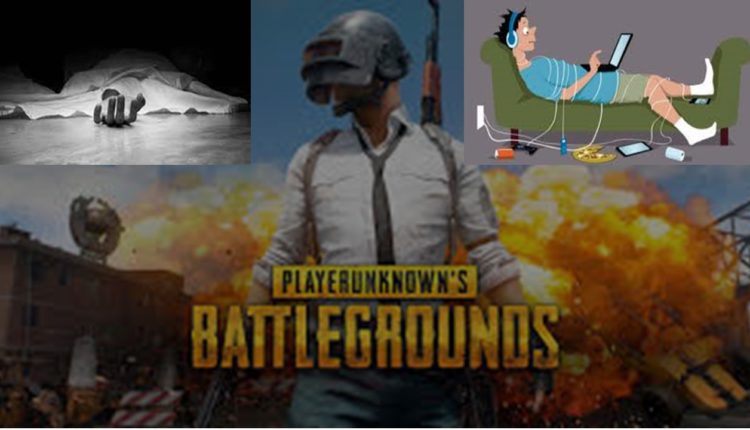 Bhubaneswar: There have been far too many fallouts of the coronavirus induced lockdowns. With increased dependence on the Internet, the drawbacks of the virtual world stand exposed more than ever before.

Perhaps the most vulnerable section is the students who have inadvertently fallen into the vortex of the virtual world due to online teaching. They find themselves drawn to it for both the right and wrong reasons.

Among the wrong ones is addiction to Internet games such as PUBG. The suicide count due to PUBG addiction is reported to have escalated during the lockdowns.

Students have taken to playing games on their smartphones under the garb of online classes. They no longer need to do it on the sly. Sadly, even meritorious students have fallen prey to the addiction resulting in poor academic performance.

“Often, prevented from playing PUBG and similar games, such individuals start chucking the household utilities, if not suicide,” he added.

The key to understanding the depth and nature of this situation lies in the realising the problem.

Reasons for such an extreme step

“Games like PUBG, COD are aggressive. They involve the act of killing opponents. Playing these games generates irritability, lack of concentration, restlessness and makes youngsters seek revenge even in trivial matters. When they play non-stop, they lose the stimulus to adjust to the human elements. They are involved in a unidirectional virtual relationship. Physical activities decrease and go missing gradually which results in an imbalance leading to mental fatigue,” explained Dr Mishra.

Further explaining the unidirectional virtual relationship and its expense, Dr. Mishra said, “There is no rebuttal in the virtual world. So, they find solace in it. When rebuked about or stopped from playing the game in the physical world, incapable to comprehend the human elements any longer, they end up taking up the possible extreme steps.”

According to a World Health Organisation (WHO) report, the lack of clarity around the definition of gaming disorders makes it harder to develop appropriate treatment and public health policy. It also stands in the way of effective monitoring and surveillance.

Explaining gaming disorder, Dr. Mishra said, “It is more of a socio-occupational impairment in which one’s addiction causes harm to social as well as occupational interactions. Sleeplessness, anger outburst, behavioural changes, not able to receive things properly from the physical world are some of the symptoms of such gaming disorders.”

Is it far grimmer than drug addiction?

Behavioural addiction such as gaming addiction is similar to drug addiction except that in the former, the individual is not addicted to a substance but the behaviour or the feeling brought about by the relevant action.

Many researchers see the addiction of this gaming behaviour as a mental health disorder, while others oppose it stating it to be a coping mechanism to overcome any moral failure or panic. However, Dr. Mishra says, “It begins with gaining pleasure. As I have mentioned that addiction leads to impairment. Undoubtedly, PUBG is absolutely an addiction-based mental disorder. Moral failure or panic might be something peripheral.”

‘Blue Whale’, an Internet game was banned in January 2018 amid a surge in media reports of children committing suicide across the country. The government can also initiate action to curb the spurt in suicides due to PUBG. Dr. Mishra said, “Legally, it cannot be established that the suicides are due to extensive involvement in playing PUBG as there is a lack of evidence. In ‘Blue Whale, those who committed suicide drew a symbol on their hand which was again a shred of minimal evidence.”

Moreover, it must not be forgotten that to ascertain PUBG addiction, research on the positive role of gaming is also needed to clarify the nature of gaming disorder. To prevent such cases, he believes, reward techniques can be used as a part of parental counselling. Students should learn to make smart use of smartphones.