All Votes From Odisha For Droupadi Murmu; Can BJD Exploit Fissures In State Congress? 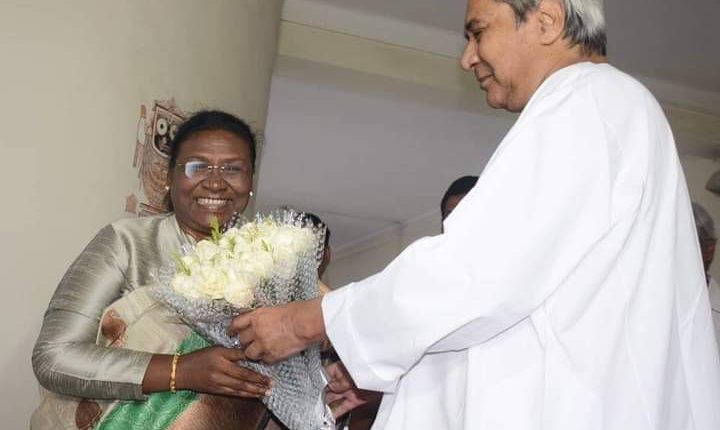 Bhubaneswar: With Chief Minister Naveen Patnaik assuring NDA presidential candidate Droupadi Murmu of all efforts to get her every vote from Odisha, the BJD will be looking to exploit the fissures in the Odisha unit of the Congress.

Leaders of the grand old party have been speaking in different voices over the presidential poll scheduled for July 18.

According to media reports, the regional party would be approaching nine Congress MLAs and the lone CPM member of the Odisha Assembly, seeking support for Murmu, once Naveen returns to the state on June 30 after his 10-day foreign trip. The groundwork will be completed before Murmu begins her campaign in the state in the first week of July when she is likely to meet all the MLAs across party lines. Some leaders of the party are already on the job, the reports added.

Notably, the CM had also appealed to all members of the Odisha Legislative Assembly to extend unanimous support to the ‘Daughter of Odisha’.

Congress, on the other hand, is making all attempts to keep its flock together. “The party will discuss a strategy to keep all the nine votes of the Congress MLAs in favour of the united Opposition presidential candidate Yashwant Sinha,” Odisha Pradesh Congress Committee Sarat Pattanayak told TNIE.

He further asserted that the MLAs will follow the party stand.

A strong message has been given to senior party leader and MLA Suresh Kumar Routray, who on June 25 had said that he will seek help from the party high command to unanimously elect  Murmu as the next President of India, he added.

Notably, Routray did a U-turn the following day and announced his support for Sinha. The MLAs who were summoned to New Delhi for an organisational meeting recently were also asked to go by party line in the presidential election.

The CMP is also supporting Sinha.