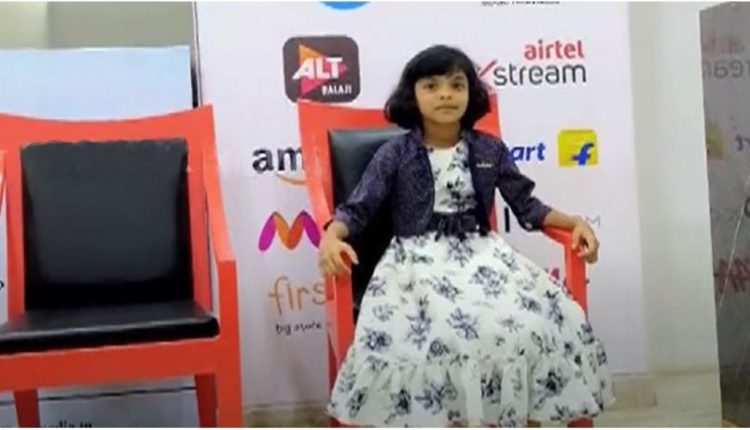 Bhubaneswar: Sambalpur’s Sai Anshika has scored big by featuring as a fresh face in the recent commercial for Amazon’s Great Indian Festival.  The audition round for fresh faces was conducted in eight places around India and Anshika was finalised among other competitors.

Here’s what Anshika’s father, Anil Besan said, “After we applied for the online audition, we were asked by their team to reach Raipur, where there various other rounds including a photoshoot and an interview,”  he added.

Currently, the contractual deal of Anshika’s involvement in the promos of Amazon is limited to one year.

Anshika aspires to become a doctor, while also continuing modelling in the future.