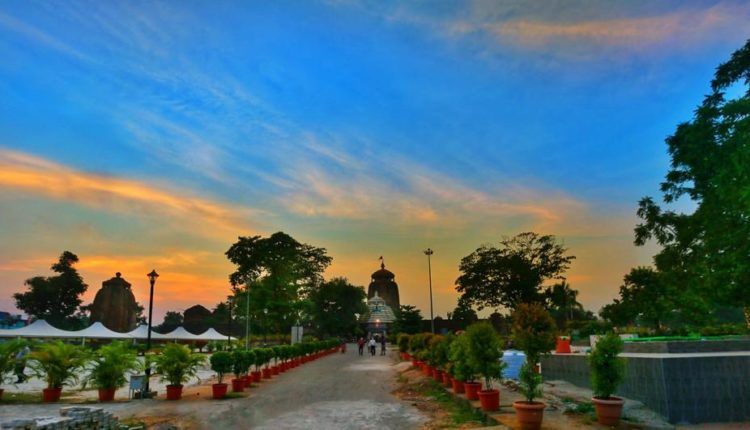 Bhubaneswar: Along with Shree Mandira Parikrama (Puri heritage corridor) project, the Odisha government’s ambitious heritage development and beautification plans at Ekamra Kshetra in Bhubaneswar and around Sun Temple at Konark have received the green light from National Monument Authority (NMA).

The NMA under the Culture Ministry issued a ‘No-Objection’ to execute developmental works in the prohibited zone of Lingaraj Temple in its special agenda meeting held earlier this month after Odisha Bridge & Construction Corporation (OBCC) submitted a revised Detailed Project Report (DPR) with it. Construction of a heritage park (which was earlier proposed as a cultural plaza), Lingaraj multimodal hub, an entrance plaza for Lingaraj temple, Kedar Gauri plaza, Lingaraj haat and a bhajan mandap have been approved, sources said.

In a letter to the Director, Culture Department, Bhaskar Verma, the member secretary of NMA said the works may be executed under the supervision of ASI to mitigate any adverse impact on the protected monuments.  The letter further said all excavation works proposed to be carried out as part of the developmental project may be undertaken under the supervision of ASI in the interest of the safety of any archaeological remains or artefacts that may be unearthed. He also asked the government to comply with some conditions:

The NMA has also recommended construction of an alternate alignment for the road widening between Makareswar Temple and Papanasini tank to minimise the adverse impact on the protected monuments in the area. No development work, however, will be carried out at Sari Deula till excavation at the site is underway.

Similarly, the NMA has allowed for construction of a foot overbridge, multi-model transit hub, boulevard, landscaped plaza and information centre in the regulated area at Konark.

A rain garden, landscape plaza, shuttle pick-up and drop facility and shuttle lane have also been permitted near the 13th century World Heritage Site under the exception clause to the definition of construction under Section 2(dc) of AMASR Act, 1958, the sources added.

SC Constitution Bench Proceedings To Be Live-Streamed From September 27