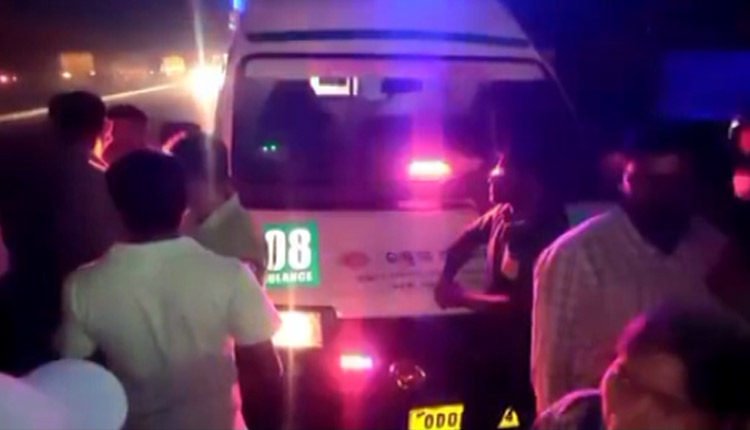 Bhadrak: In a rare incident, the staff of ‘108’ ambulance allegedly abducted a patient and his parents in the emergency vehicle in the Urban police station area here on Monday.

According to sources, an under-treatment patient at the district headquarters hospital was referred to SCB Medical College and Hospital in Cuttack. The patient’s parents called the ‘108’ ambulance which allegedly ferried them to Balasore instead of Cuttack, the patient party alleged.

As the driver drove towards Balasore, the patient’s attendants sought to know the reason for driving in the wrong route. With no reply from any of the staff, they started screaming through the vehicle’s window.

Hearing the scream, locals chased and caught the vehicle near Charampa. They later handed over the driver, helper and pharmacist to the police. Police are questioning the trio, sources said.

The district head of ‘108’ Ambulance, Siba Sundar Panigrahi promised action against the erring driver and helper.

The patient, meanwhile, has been shifted to Cuttack in a separate ambulance. A complaint has been lodged at Bhadrak Town police station.