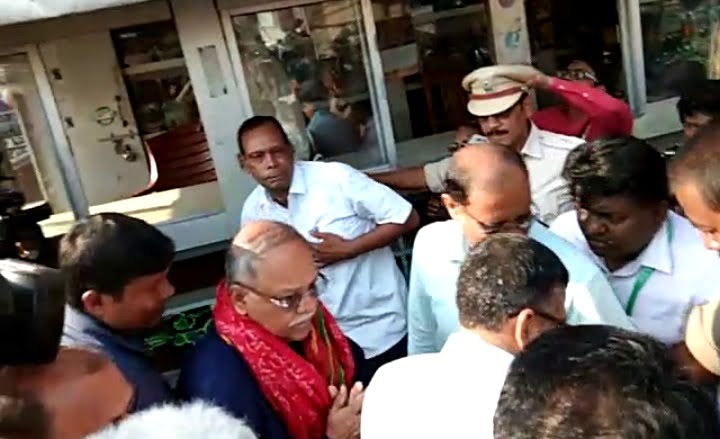 Puri: Former Solicitor General and Supreme Court-appointed amicus curiae Ranjit Kumar on Saturday expressed satisfaction over the state of affairs at Shree Jagannath Temple.
Briefing mediapersons after a series of meetings with the Gajapati Maharaja, the district judge, Shree Jagannath Temple Administration (SJTA), Jagannath Temple Managing Committee and the Chhattisa Nijog, he said all works in the temple are going on smoothly.

“I went through the opinion of all the stakeholders and found that the work ethics of the temple administration and the sevayat bodies can be improved further. I am happy that there are some very good works the temple administration has undertaken in terms of infrastructure and the smooth darshan of the Lords by the devotees. However, there are some areas which will be given priority while some other works need to be streamlined. I will submit a report to the Supreme Court on these matters,” he said after winding up his tour.
The apex court has directed the amicus curiae to submit the report soon after his return from Puri as the court, after examining the report, will hear the case on February 27.
Prior to the visit of the amicus curiae, his assistant and senior Supreme Court lawyer Priya Hingorani had arrived in Puri on December 20 and had a meeting with the SJTA and the Chhattisa Nijog on the apex court’s 12-point reforms proposals.

Woman From Bhubaneswar Jumps Into Mahanadi River, Rescue Ops On