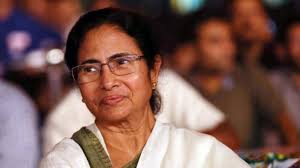 Kolkata: With an eye on next year’s assembly polls, West Bengal Chief Minister Mamata Banerjee on Thursday extended the Swasthya Sathi health scheme so as to cover everyone in the state.

The health scheme, which has been running successfully, was thus far restricted to certain sections of the society. From December 1, it will include every household of the state.

“The decision will be applicable from December 1, 2020, and all the people in the state, irrespective of their religious affiliation, caste and creed or profession, will be covered under the scheme,” she said.

“Earlier, we had decided to enrol at least 7.5 crore people under Swasthya Sathi scheme. I am announcing today that every family in state, every person, be it a child or an old man or woman, irrespective of their religious affinity will be covered under this scheme,” Mamata informed.

The cashless card scheme will be honoured at various private hospitals in the state, AIIMS and hospitals in Vellore, Tamil Nadu and CMC.

The scheme will cover medical expenditure up to Rs 5 lakh.

An additional 2.5 crore people will be covered in the state, which will mean an additional expenditure of Rs 2,000 crore yearly, Mamata said.

She also formed a committee – with her as chairperson and including Nobel Laureates Amartya Sen and Abhijit Vinayak Bandopadhyay — to chalk out programmes to celebrate Netaji Subhash Chandra Bose’s 125th birth centenary, starting on January 23, 2021. The new body will also formulate ways to propagate Netaji’s messages through year-long celebrations.

Flaying the Centre for its anti-people, anti-farmer policies, Mamata claimed West Bengal was the most neglected state in the country. “We still haven’t got Rs 8,500 crore from the Centre as our GST money. They have also not released the money they promised after cyclone Amphan hit us hard,” Mamata alleged.