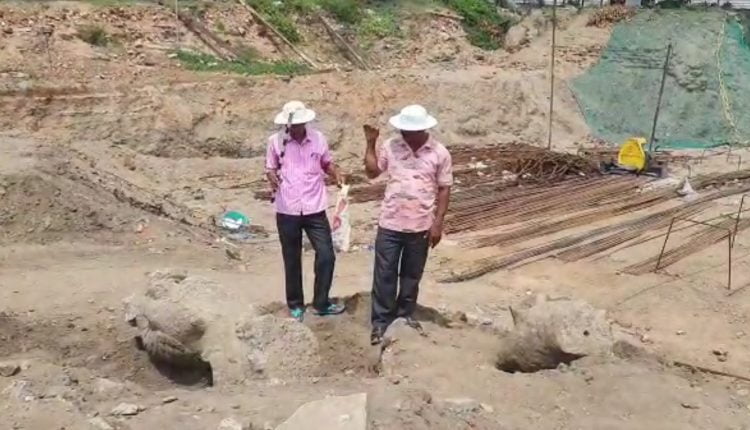 Puri: A team of Archaeological Survey of India (ASI) on Thursday shifted the lion statue unearthed near the Emar Mutt in the town to its regional office.

In order to ensure safe transportation of the stone statue, a six-member team of ASI supervised its shifting with the help of labourers. After loading it on a tractor, the sculpture was taken to ASI’s regional office, here, for preservation.

Earlier, an ASI team led by Superintendent Arun Mallick had analysed the sculpture, nature of artefact and the rock it was made of on Tuesday. Mallick had told reporters that the lion sculpture could be dating back to the time of Ganga dynasty.

This is the third lion sculpture found during excavation works within 75-metre periphery of Jagannath Temple for the Srimandir Parikrama project.

Meanwhile, a case has been filed at Singhadwar police station alleging that Mallick was misleading the people of Odisha by stating that the lion statue belongs to Ganga dynasty. Since there is no facility for radiometric dating in the state, the ASI superintendent’s statement without conducting the laboratory test is misleading, stated the complaint filed by Hector Mishra, a member of Voice of Commonman.