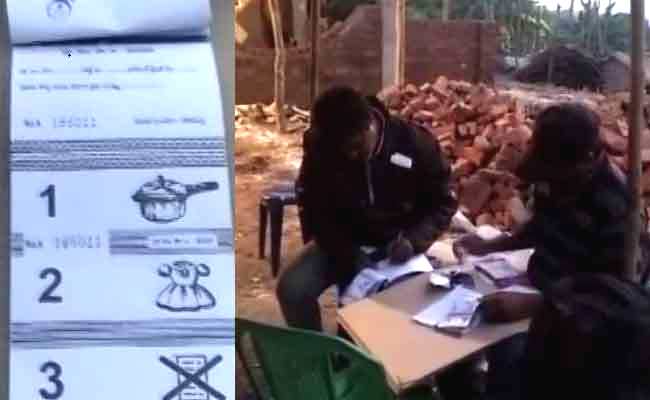 Koraput: Notwithstanding a petion filed by the Odisha government in the Supreme Court, the Andhra Pradesh government went ahead with conducting panchayat elections in Kotia of Pottangi block in Koraput district on Saturday morning.

Besides Kotia, the neighbouring state has also held panchayat polls in some border villages of Odisha in Ganjam and Malkangiri districts.

According to reports, the polling began at Patasunera (renamed as Patuchenuru by the Andhra government) in Kotia panchayat at 6 am.

To ensure participation of more people in the polls, the Vizianagaram district administration arranged several passenger vehicles for each booth.

Although the Pottangi BDO and tehsildar tried to dissuade people against polling, long queues of voters were seen at each booth at Patasunera village. The polling will conclude at 3 pm.

On Friday, Koraput Collector Abdaal Muhammed Akhtar had written to his Vizianagaram counterpart, M Hari Jawaharlal, requesting the latter to desist from holding elections in Kotia panchayat as the matter is pending in the Supreme Court.

Also Read: Kotia Dispute To Be Heard Next Friday, Know SC’s Response To Odisha’s Contempt Of Court Plea Against Andhra

Also Read: Odisha Not To Cede An Inch Of Land To Andhra, Says Minister

Frontline Workers In Bhubaneswar Up For Covaxin!