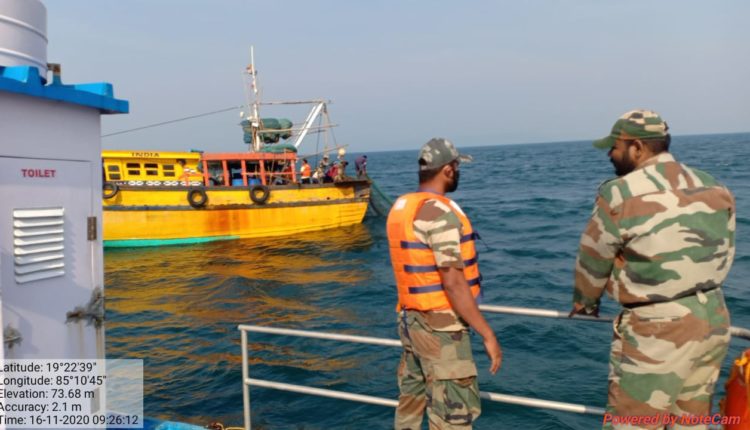 Berhampur: A fishing trawler of Andhra Pradesh was seized near the Rushikulya Rookery and 8 persons were detained by the Forest officials for violating ban on fishing on Monday.

According to DFO, Berhampur Forest Division, Amlan Nayak, while the Andhra fishermen were fishing in the rookery, the Forest officials nabbed them. Fishing activity has been banned upto 20 km from the coastline from November 1 to May 31 due to the congregation and mass nesting of the Olive Ridley turtles.

The seized trawler along with the accused and marine products were handed over to Fisheries department. They would be dealt with under OMFRA Act, the DFO said.