‘Angry’ Couples Take To Kissing On Metros; Know Why 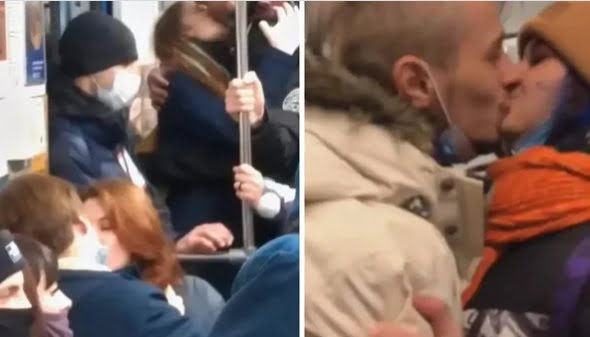 Moscow: Dozens of couples are posting videos of kissing inside packed metro trains in Russia in a bid to protest against “unreasonable” COVID-19 restrictions.

This is not the first irresponsible behaviour of people trying to prove their ‘immunity’. Previously, licking toilet seats had become a trend.

In Russia, many couples were seen smooching inside the Metro in the city of Yekaterinburg on December 24.

A group of ‘kissers’ told journalists that they wanted to protest against banning people from attending music shows and nightclubs while metros are jam-packed.

“Musicians are speaking out against unreasonable COVID-19 restrictions because the virus is considered a higher risk at concerts and in restaurants after 11 pm than on a crowded subway during rush hour,” the protestors were quoted by Life.

Odisha Among 8 States & 2 UTs Asked To Step Up COVID…