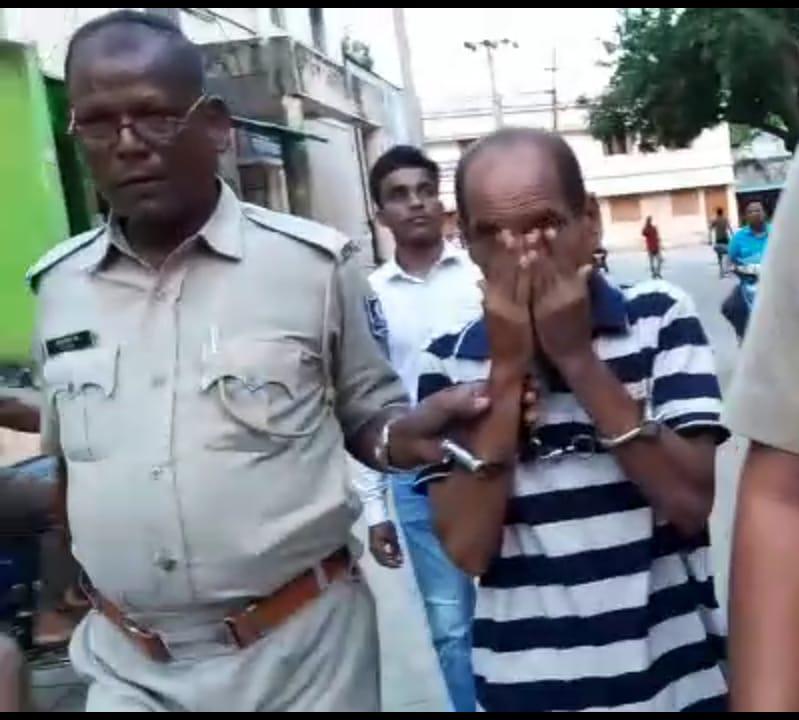 Angul: Three days after the rape of a minor girl, the Town Police arrested the accused on Tuesday.

The accused has been identified as Sibu Patnaik of Amalapada.

Speaking to the media, Angul SP Mitrabhanu Mahapatra said the accused left his house between 2 am and 4 am on Saturday and arrived at the Utkalika Showroom near the bus stand area. Finding a minor girl sleeping with her uncle and aunt on the verandah of the showroom, he picked her up by gagging her mouth. Later he took her to a place behind the Aahar centre near the bus stand and raped her. As the girl tried to resist, he beat her up. As the girl lost her conscious, he took her from the place and dumped in an area behind the bus stand.

“As the police came to know about the incident, it registered a case. In course of investigation, police found the complicity of the accused and brought him to the police station for interrogation where he admitted to his crime,” the SP added.

Dry Spell In Odisha To End After July 24!