Dry Spell In Odisha To End After July 24! 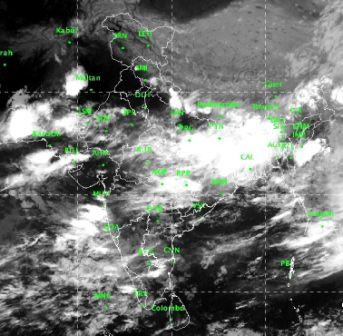 Bhubaneswar: While the vagaries of the monsoon has resulted in the steep rise in day temperature in most parts of Odisha, the Met department said that the dry spell in the state will end in the next 24 hours as a low-pressure area is most likely to form over the Bay of Bengal by July 26.

In a mid-day release on Tuesday, the India Meteorological Department (IMD) said that while a cyclonic circulation has formed over the south coastal Andhra Pradesh and neighbourhood, a low-pressure area is most likely to form over the coastal areas of West Bengal and off the north Odisha coast around July 26.

Under its influence, rainfall activity in the state will begin from the evening of July 24 with light to moderate rain at few places in Koraput, Malkangiri, Gajapati, Rayagada, Kalahandi, Nabarangpur, Nuapada, Balangir, Sonepur, Bargarh, Jharsuguda, Sambalpur, Deogarh, Keonjhar, Mayurbhanj and at one or two places in the remaining districts.

Besides, the IMD has also predicted heavy to very heavy rainfall at one or two places in Deogarh, Sambalpur, Cuttack, Angul and Dhenkanal on July 27 and Sambalpur, Bargarh, Boudh, Kalahandi and Nabarangpur on July 28.

According to the Ministry of Earth Science, India till July 23 had a rainfall deficit of 19 per cent and Odisha, 31 per cent.