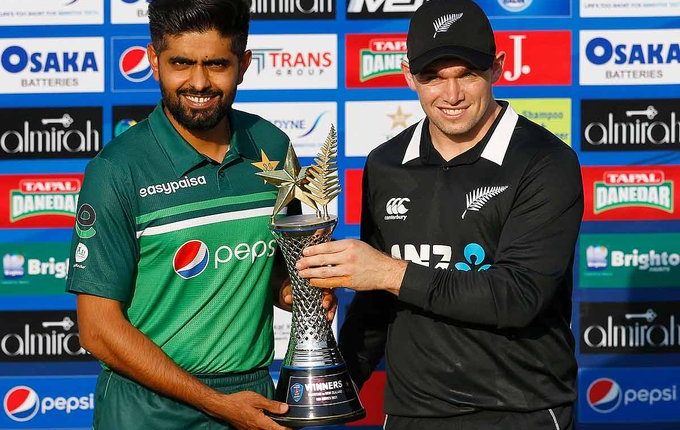 A few minutes before the home team’s first ODI was to get underway here on Friday, New Zealand called off their tour of Pakistan citing security concerns.

New Zealand were scheduled to play three ODIs and five T20Is in Pakistan. But as it turned out, neither team left its hotel on the morning of the game, while spectators were not allowed to enter the stadium.

New Zealand had not toured Pakistan since 2003 due to security concerns in the country.

In May 2002, New Zealand had abandoned their Test series in Pakistan after a suicide bomb attack outside their Karachi hotel. In 2009, Sri Lanka team’s bus was attacked near Gaddafi Stadium in Lahore.

Several other teams stayed away from Pakistan for several years before international cricket resumed in that country recently.

India last toured Pakistan for a bilateral series in the 2005-06 season.

“Following an escalation in the New Zealand Government threat levels for Pakistan, and advice from NZC security advisors on the ground, it has been decided the Blackcaps will not continue with the tour,” a statement from New Zealand Cricket said.

“Walking out of the tour by taking a unilateral approach on a security threat is very frustrating. Especially when it is not shared! Which world is NZ living in? NZ will hear us at ICC,” Ramiz said.

New Zealand officials regretted the decision but added there was no option.

“I understand this will be a blow for the PCB, who have been wonderful hosts, but player safety is paramount and we believe this is the only responsible option,” NZC chief executive David White stated.

“When I spoke with the prime minister of Pakistan, I conveyed our thanks for taking care of the New Zealand cricket team. I know how disappointing it will be for everyone that the game hasn’t gone ahead, but we totally support the decision that’s been made. Player safety has to be paramount,” she was quoted as saying by New Zealand media.