Another Minor Boy Drowns In Kuakhai River On Bhubaneswar Outskirts 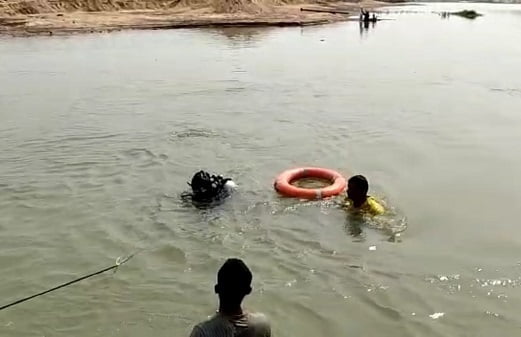 Bhubaneswar: A day after a minor boy drowned while taking bath in Kuakhai river at Bankuala ghat under Balianta police limits on the outskirts of the state capital, a similar incident occurred on Sunday.

As per reports, a man of Rameswarpatna village under Lingaraj police limits had gone to Kuakhai with his son and another minor boy for a bath near Basuaghai ghat. After reaching the ghat he left behind the two boys and went to attend nature’s call.

A fire brigade team rushed to the spot and rescued the missing minor boy. He was rushed him to Capital Hospital where the doctors pronounced him brought dead.