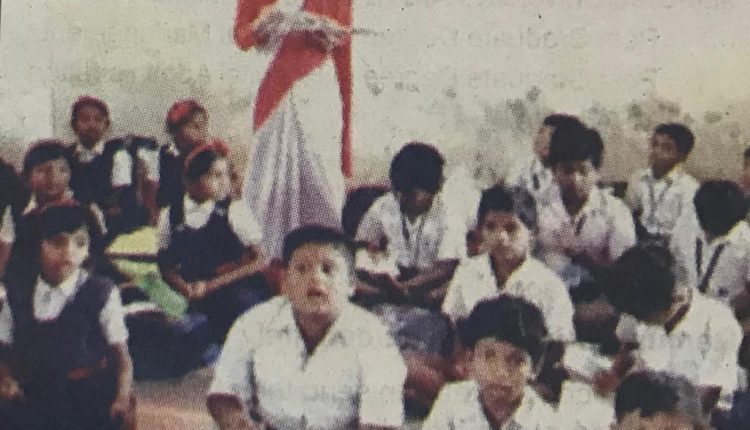 Nabarangpur: Even as a controversy erupted over the appointment of a Muslim professor to teach Sanskrit in Banaras Hindu University recently, Odisha has presented two opposite pictures.

After Hasan Tara made headlines for teaching Sanskrit at a high school in Odisha’s Deogarh district, another Muslim teacher has been found doing the same in Nabarangpur district.

Salma said she has a keen interest in Sanskrit and also loves ancient Indian culture. “No one has forced me to choose this subject. I teach it out of my own interest in the language,” she said.

Her clear pronunciation of Sanskrit and style of teaching have been attracting students towards the language.

Salma’s act has earned praises from even the BJP district vice-president, Jayanta Kumar Patra. Residents of Dabugaan have also hailed her for setting an example of communal harmony.

According to Salma, her mother was born in a Hindu family. “This may be a cause of why I was attracted to Sanskrit,” she said.

Likewise, Hasan Tara (50) has been teaching Sanskrit at Khariripali high school in Reamal block in Deogarh district for the past 27 years. She had joined the school in 1992 after completing her post-graduation in Sanskrit.

Asked about her penchant in Sanskrit, Tara said despite being a Muslim, she has no inhibition in reading and teaching the language.

“A language has nothing to do with religion. Sanskrit is an ancient and wonderful language. Till date, no student, guardian or teacher has ever protested against my teaching this royal language,” she added.

She also teaches Odia to the students and is an enthusiastic participant in festivals like Ganesh Puja and Saraswati Puja in her school.