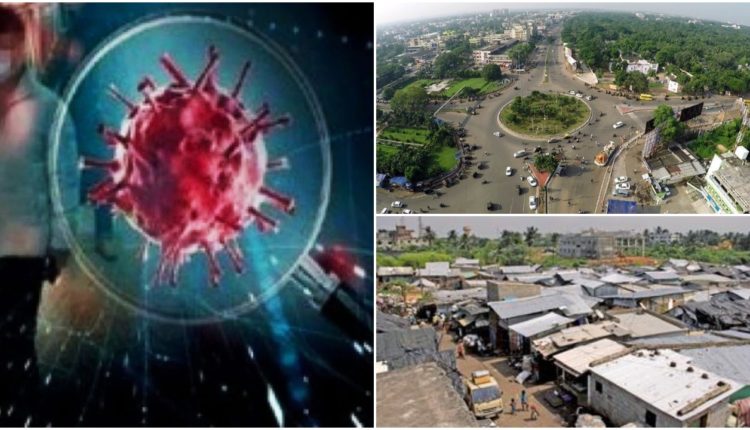 Bhubaneswar: The Odisha capital witnessed another spike of 324 COVID-19 cases in the last 24 hours, taking the affected tally to 6720.

It is for the third consecutive day that Bhubaneswar has reported over 300 positive cases. Bhubaneswar Municipal Corporation (BMC) commissioner Prem Chaudhary had earlier attributed the rising cases to increase in testing and opening of economic activities.

According to the BMC, 169 of the new cases are contacts of previous patients while four have travel history. The remaining 151 are local contact cases.

Of the quarantine cases, six are health department staff and five are employees of the central government. Six cases have been detected from Rail Vihar at Chandrasekharpur, four more from Vani Vihar and nine from MLA quarters at Raj Mahal.

Eight more traffic cops have contracted the virus, while four more cases have been reported from Police Reserve Colony. 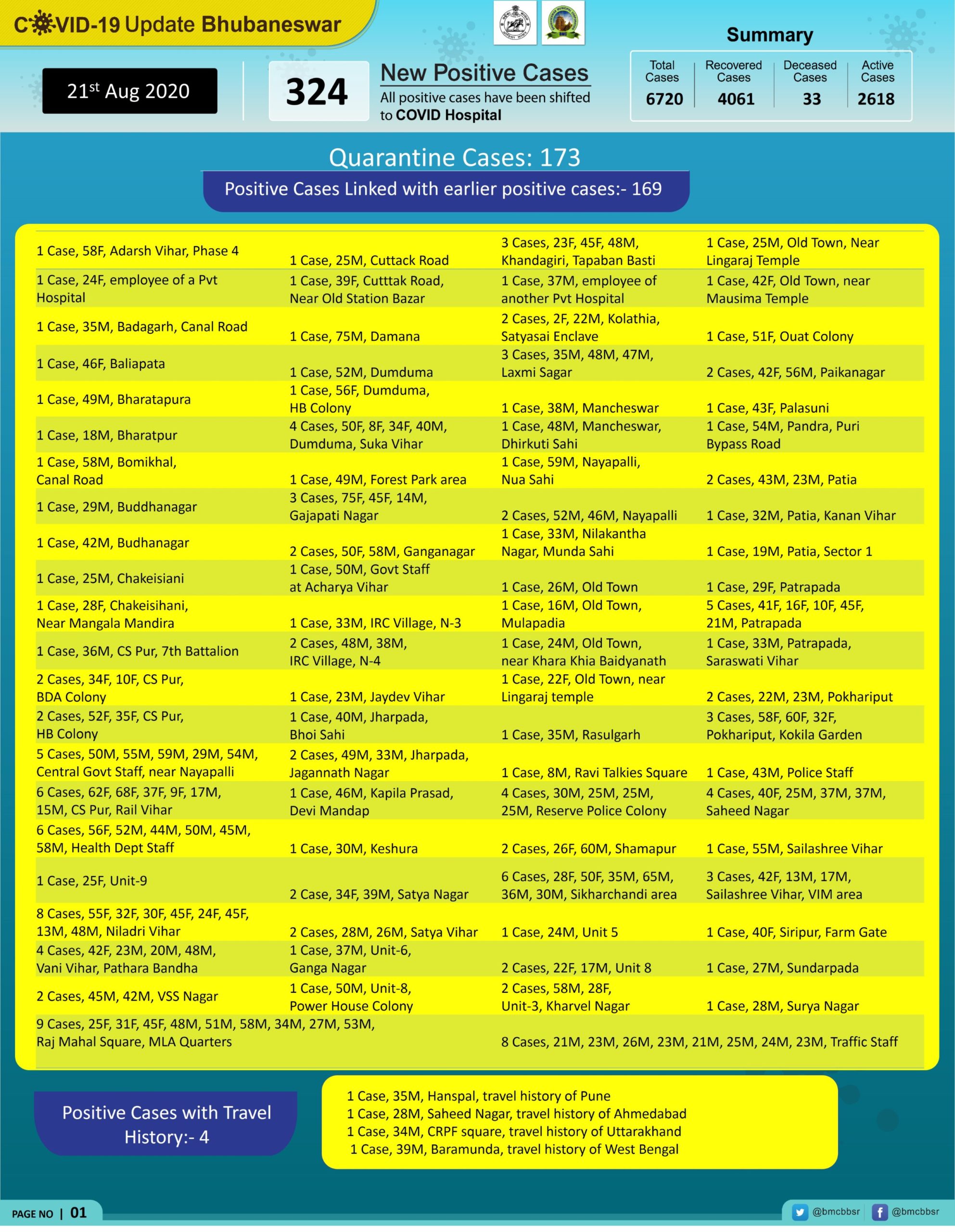 The local contact cases include six each from Patia and Saheed Nagar. 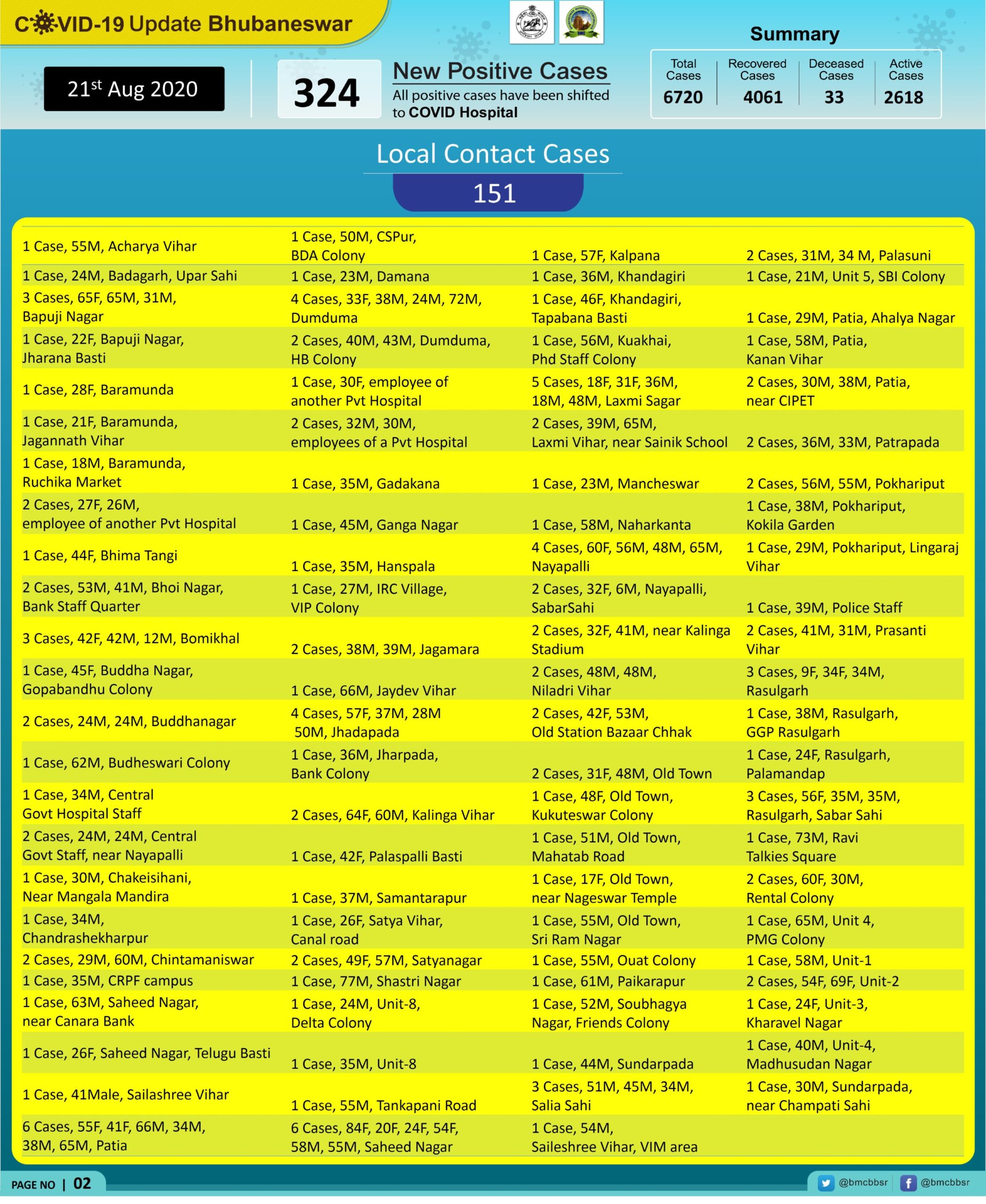 The BMC also informed about 108 more patients recovering from the infection. 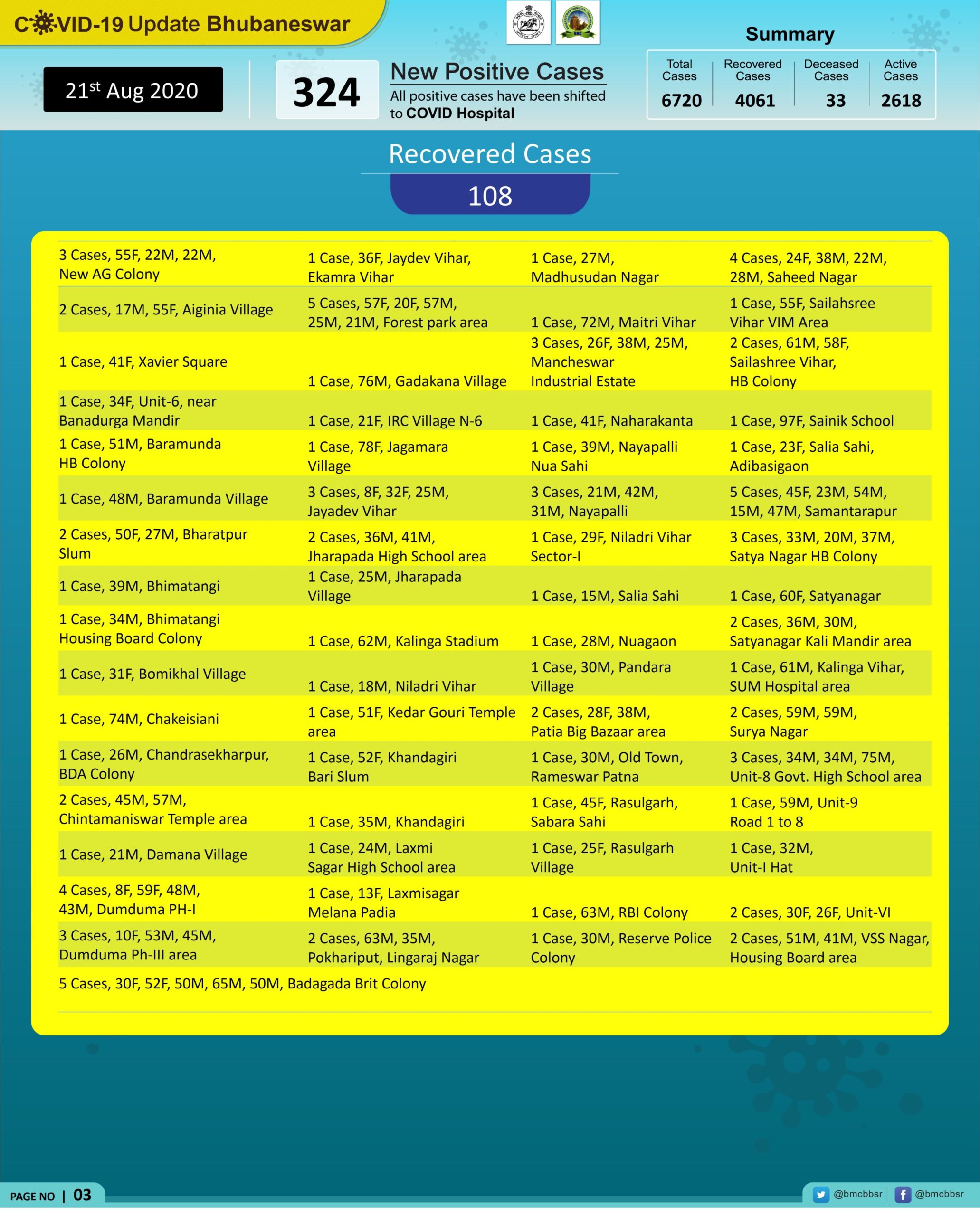 Union Minister Assures Of ‘Uninterrupted’ Supply Of Fertilizer To Odisha