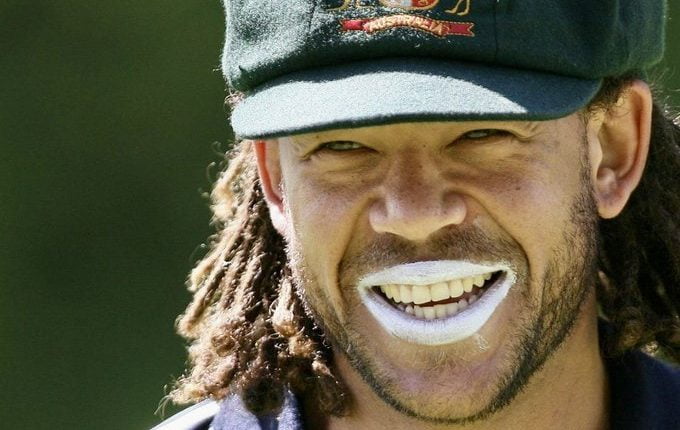 Bhubaneswar: Andrew Symonds, the former Australia all-rounder, died in a car crash near the outskirts of the city of Townsville on Saturday night. He was 46 and is survived by his wife Laura and two young children, Chloe and Billy.

The ICC took to Twitter to confirm the news and condole the death of the former cricketer. “Tragic news surrounding the former Australia all-rounder and our thoughts are with his friends and family,” read the post.

A hard striker of the ball, he represented Australia in 198 ODIs, 26 Tests, and 14 T20Is and was a two-time World Cup winner.

His death, just a few months after Australia greats Shane Warne and Rodney Marsh passed away due to heart-related issues, has come as a shock for cricketers and fans of the game around the world.

Shane Warne’s last tweet was about the passing away of Rod Marsh.

Andrew Symonds’ last Insta post was on his devastatation at losing Warne.

“Unfortunately I’ve been here too often this year under these circumstances. I actually can’t quite believe it, to be honest,” former Australia captain Mark Taylor told Channel Nine.

“He hit the ball a long way and just wanted to entertain. He was, in a way, a little bit of an old-fashioned cricketer,” former Test captain Allan Border was quoted as saying by Nine Network.

Another cricketing legend Sachin Tendulkar tweeted: “Andrew Symond’s demise is shocking news for all of us to absorb. Not only was he a brilliant all-rounder, but also a live-wire on the field. I have fond memories of the time we spent together in Mumbai Indians. May his soul rest in peace, condolences to his family & friends.”

“Can’t believe what I’ve just woken up to  Thinking of his family, his teammates and everyone in the cricket community. We’ve lost another one of our hero’s #RIPRoy,” tweeted Australian cricketer Glenn Maxwell.

Former India cricketer Harbhajan Singh also expressed shock over his death. “Shocked to hear about the sudden demise of Andrew Symonds. Gone too soon. Heartfelt condolences to the family and friends. Prayers for the departed soul #RIPSymonds,” he wrote.

Former Pakistan cricketer Shoaib Akhtar wrote: Devastated to hear about Andrew Symonds passing away in a car crash in Australia. We shared a great relationship on & off the field. Thoughts & prayers with the family.”
Here are some more tweets:

What a player when on song. And, at heart, a simple fellow as some of us were happy to discover. Too soon. #AndrewSymonds

Tragic news to hear of Andrew Symonds passing. Condolences to his family, friends and well wishers.

Look after yourself up there great man, I am 💔, loved him so much and our thoughts are with the family at this time. Hug your loved ones xx #RIPRoy pic.twitter.com/1nWupFBqOK

Shocking news to wake up to here in India. Rest in peace my dear friend. Such tragic news 💔🥲 pic.twitter.com/pBWEqVO6IY