Another Tusker Found Dead In Ganjam 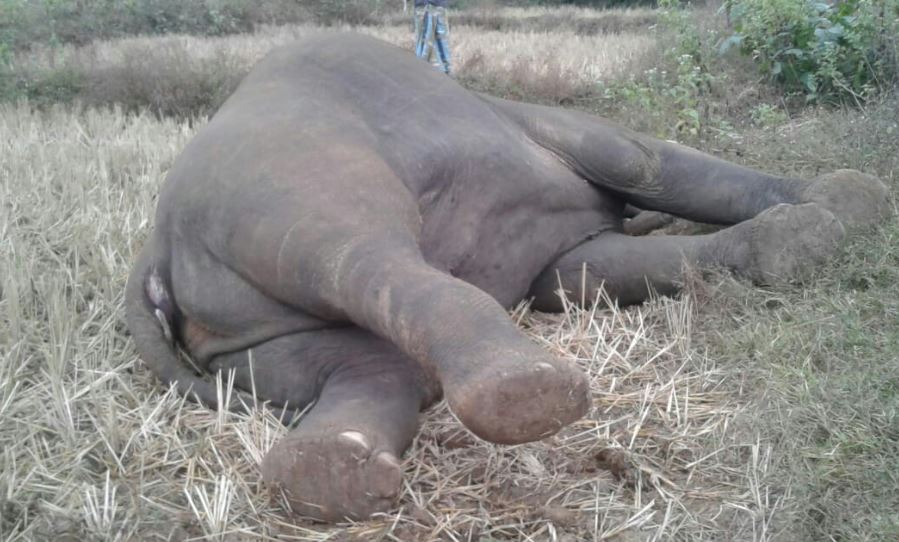 Berhampur: A day after a tusker was supposedly shot dead by poachers, carcass of another male elephant was recovered from Dhepa Sahi under Tarasingh Forest Range at Bhanjanagar in Ganjam district on Monday.

The locals spotted the dead tusker near Kokalaba drain and informed the forest officials.

Preliminary investigation revealed no injury marks on the carcass. Further investigation is underway to find exact the cause of the death of the pachyderm, informed a forest official.

On Sunday morning, a tusker was found lying in a pool of blood with its throat slit open inside the forest between Meghajholi and Nimakhandi villages near Digapahandi in the district.

A herd of elephants from Digapahandi Forest Range had been roaming in areas near the village for some days, locals said.

On being informed, a team of forest staff rushed to the area and confirmed that the tusker had been shot dead. Bullet injuries were found in its neck, stomach and legs.