Another Woman Dies By Suicide In Odisha: 22-Year-Old Found Hanging Inside Puri Lodge 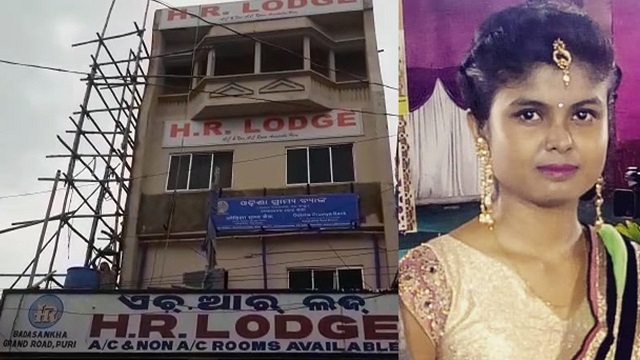 Puri: A 22-year-old woman was found hanging inside a lodge in Odisha’s Puri on Sunday.

She was identified as Payal Mohanty. She was found hanging inside H R Lodge at Badasankha.

Payal, who was from Ganga Nagar in Bhubaneswar’s Unit-VI, had arrived in Puri on Saturday without informing her parents and checked into the lodge. She was found hanging on Sunday morning.

“She checked into the lodge by showing her Aadhaar card. As our check-out time is 8 am, today morning a hotel employee knocked on her door. After there was no response, I also went and knocked the door. There was no response. We then decided to inform the police who came and opened the door,” Kelu Sahu, manager of H R Lodge, said.

After she did not return home on Saturday, her parents too had lodged a police complaint.

Her father Kalpataru Mohanty and other family members reached Puri on Sunday after being informed of her death.

Police, magistrate and a scientific team reached the spot to investigate the case. A handwritten note was seized from the spot.

This comes close on the heels of another death by suicide at Chintamaniswar in Bhubaneswar’s Laxmisagar where a 24-year-old woman, identified as R N Niyati Nayak, was found hanging inside her room on September 9.

In another incident under Airfield police limits in Bhubaneswar, a nursing student allegedly hanged herself to death inside her hostel room on September 4.

In another case, a married woman identified as Subhashree Mohapatra allegedly committed suicide by hanging herself at her house in Shastri Nagar locality of Bhubaneswar on August 31.

Similarly, software engineer Sweta Kumari was found dead in her apartment on August 21 after allegedly being betrayed by her boyfriend. The cases are still under investigation.

Notably, Odisha has witnessed a marked increase of 20.2 per cent in suicide cases over the last five years. The current suicide rate in the state is 12.5 per cent against the national average of 12 per cent.