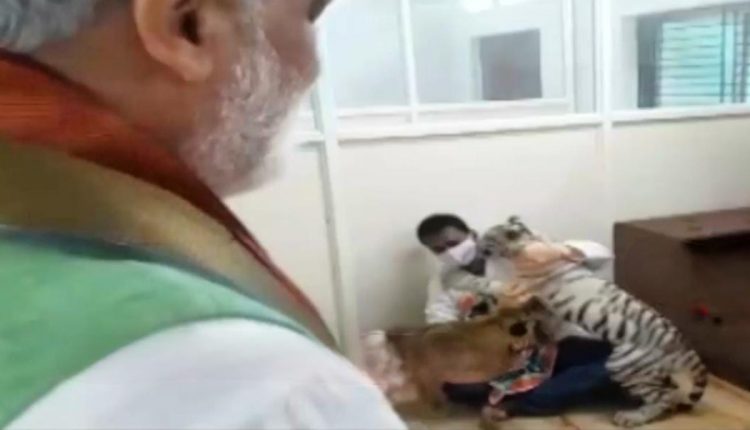 During his visit to the zoo, he named the cub of lioness Bijli ‘Kamini’ and tigress Rupa’s cub ‘Himanshi’. Both the cubs were born in March this year.

The Union Minister said that animal keeper Prashant Gouda and Hemanta would be felicitated for hand-rearing the cubs.

After reviewing the functioning of the NZP, he termed the wildlife habitat as ‘heaven’ for animals. He also checked on one-year-old lion cub Barsha and a female Cheetah named Manju and visited the pangolin training centre.

Barsha was also raised by Prasanta after Bijli abandoned its cubs and Nandankanan Zoo moved everything it could move to keep her alive after her other siblings perished. The Asiatic lioness sired by male lion Samrat had delivered three cubs on July 21 last year.

Another Woman Dies By Suicide In Odisha: 22-Year-Old Found Hanging Inside Puri Lodge