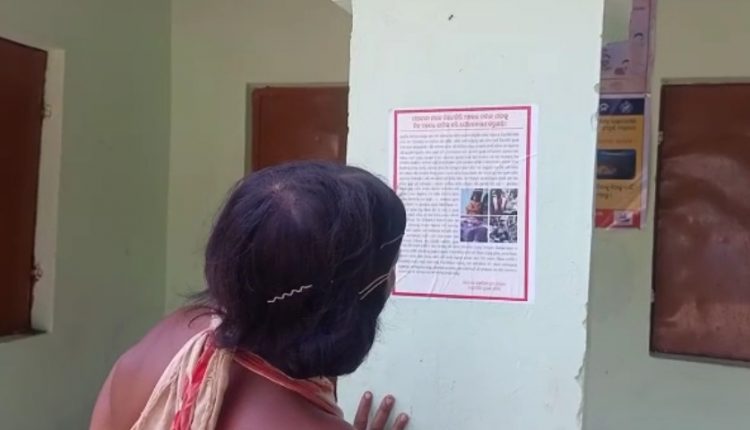 Rayagada: In a fresh LWE-related development, anti-Maoist posters have come up in a remote tribal panchayat of Odisha’s Rayagada district.

The tribal people of Parasali panchayat under Kalyansinghpur block in Rayagada woke up to banners calling upon them to protect the female members of their families from falling prey to the designs of Maoists. The posters were found pasted on the walls of private residences, government offices and different establishments. The panchayat comes under Niyamgiri which was one of the Maoist bastions not long back and witnessed several violent incidents.

The posters, issued in the name of Niyamgiri Surakha Samiti (NSS), pointed out that the Maoists were kidnapping innocent girls belonging to Dongaria Kondh community from the area in the name of their movement. But the ultras were sexually exploiting them and releasing them after the girls got pregnant.

The NSS also alleged that some security personnel, human rights activists and people fighting claiming to be fighting for tribals’ rights were extending tacit support to the Maoists. Though some of the NSS members have been openly telling the people to stay away from the Maoists, they were indirectly supporting the Left Wing Extremists (LWEs), the posters mentioned.

However, it has not been ascertained whether the NSS has issued the posters or some notorious elements in the area.